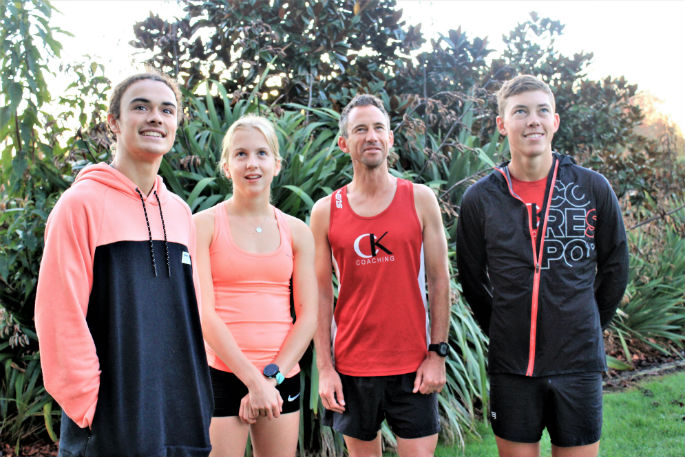 Craig Kirkwood is rightly proud of all the athletes he trains under the CK Coaching banner.

He has a simple philosophy to success - you can have all the talent in the world but without the right work ethic you are not going anywhere.

Tauranga athletes Hayden Wilde, Sam Tanner and Olivia Cummings are three of his best performing on the national and international stage.

Hayden, 22, has a World Triathlon Series ranking of 14 and is the second ranked New Zealand male, not far off the top spot.

He has been preparing for the ITU World Triathlon in Yokohama, Japan this weekend.

“This time last year he was struggling to get a World Cup start and once he got one he has accelerated from there. The Tokyo Olympics has been the focus since we started working together,” says Craig.

“A lot of his recent success comes down to belief in competing with the top guys. That makes a hell of a difference when you are racing at that level. It has been awesome to watch his development.”

In March, 18-year-old Sam beat the record set by Olympic medallist Nick Willis in 2001 to become the youngest Kiwi to run a sub-four minute mile.

Sam then beat Willis in an 800m race in Wellington, knocking a whopping two seconds off his PB.

Craig says he is does not care about reputations.

“He is happy to stand on the start line with anyone and try and win. You can’t coach that kind of mentality and it is an integral part of who he is and how he races.

“It is awesome for someone with such talent to have that attitude as well.”

Later this year Sam will start a four-year track and field and cross-country scholarship at the University of Washington, studying engineering.

Olivia has also had a great 12 months.

The 16-year-old Otumoetai College student won the under-19 title at the New Zealand Schools Triathlon Championships in New Plymouth in March for her third consecutive national schools title.

She was 36th in the under-19 age group at the world championships last year, where she was the youngest competitor, and is a reserve for the New Zealand junior team for September's ITU World Triathlon Championships in Switzerland.

Craig is preparing her for the winter cross country season and also working on improving the cycle leg of her triathlon training ahead of next summer.

“She is pretty stubborn and very competitive and very determined. She doesn’t like to lose and never gives up. She is a really strong swimmer and always comes out of the water in a very good position so she is not playing catch-up.

“The bike is still a work in progress but she has made a lot of gains in the last year.”

We will be hearing much more about these three great Tauranga athletes in the future.