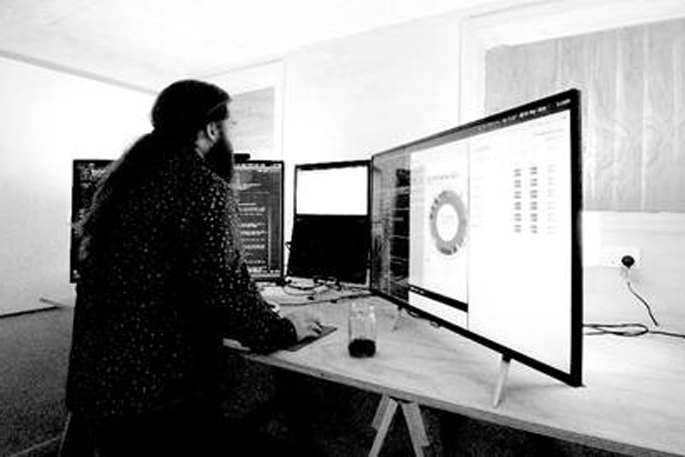 Chris McClimans (known as Hippie Hacker), CEO and founder of New Zealand open source tech firm ii.coop flies out to Barcelona today with his team of software developers to present the innovative software technology they’ve been working on in the Bay of Plenty for the past year.

It’s about increasing efficiency and productivity for software developers by equipping them with a fast and easy way to examine their productivity. This is insight that has never existed before.

This is the project that ii.coop will present next week in Barcelona at the CNCF’s annual EU Conference to the likes of Google, Amazon, IBM, Microsoft, Linux and many others, all members of the CNCF.

Chris says he is looking forward to connecting with the other tech firms next week, during and after the presentation.

“It will be great to receive that instant, in person feedback from the international tech community, not just on what we’ve achieved, but specifically around how they interact with our software and how we can continue to develop it to meet their growing and changing needs.”

ii.coop was founded in the Bay of Plenty in 2011. In addition to working closely with the world’s largest tech companies, ii works to support national/regional and local government, large and medium sized NZ businesses and passionately invests time collaborating with local and international not-for-profit organisations of varying size.

It is only fitting Chris and his team are heading off to the Cloud Native Computing Foundation’s annual EU conference, as next week marks the start of Techweek19.

On Monday, May 20, a series of talks will be given at Tauranga’s Basestation at 5pm, by local developers and innovators who will present the technical aspects of their personal or professional projects.

It is a tech talk by coders for coders, so expected to be inspired and see what amazing things are happening in the tech world in Tauranga.