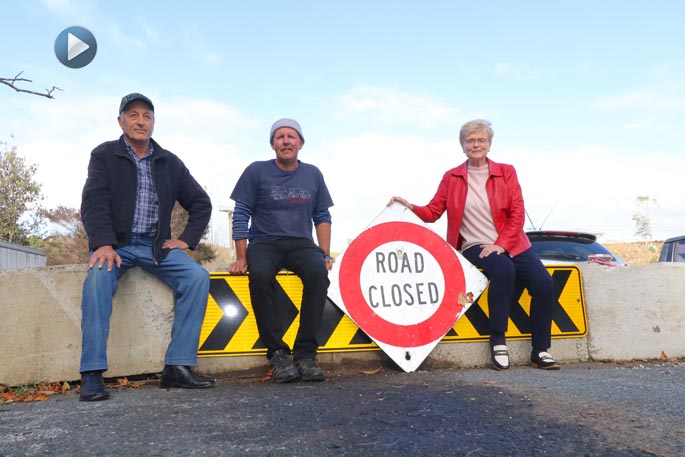 Residents who live in the Kaimai Range have submitted their concerns about traffic congestion to the Tauranga City Council with the hopes of making it into the council’s 2019/20 annual plan.

“It doesn’t matter when we drive into the city along either road, we come to the intersection and it is a nightmare.

“The queues are long and drivers are struggling to move at all in either direction whether it is on Cambridge Road, the queues go back to Villa Ridge on a good day and far further back than that on others,” says the submission.

“From SH29 the traffic is backing up to Ruahihi Road, and traffic officers are warning motorists to slow down so they don’t unexpectedly hit the queue. This is the designated heavy truck access route to the city, port, and beyond Tauranga.

“Until the proper roading development is completed, and we don’t know how many years away that will be, the temporary answer has to be traffic lights at the intersection to control which lot of traffic can move. We have been expecting these lights for months and are sick of waiting for them.

“Cambridge Road is Tauranga’s responsibility, and SH29 is NZTA’s and between the two there must be some ability to get these lights in place,” says the submission.

The submission was presented to the council on Thursday May 9, and was presented by Councillor Margaret Murray-Benge, Allen Coster, Mike Midson, and Paul Anselmi. They say it was well received by the council and they got them to listen.

Margaret, Allen, Mike, and Paul all have a solution to help ease the traffic congestion along SH29, and that is for vehicles to use Gargan Road. But Gargan Road at the current moment has concrete blocks blocking on The Lakes side of the road.

Allen says having the blocks in the middle of the road is a serious inconvenience.

“If they open up Gargan Road, it will prevent accidents. It will be a better option for motorists if they open road.”

They all agree that if something isn’t done about the congestion on SH29, a serious accident will happen.

“The police know something is bound to happen, as there are often police officers with lights and sirens parked on the side of the road telling people to slow down,” says Margaret, who is the chairman of the road safety joint committee.

“So why have roading planners without any consultation, allowed concrete blocks to be placed at the bottom of Gargan Road so drivers cannot use the new road to access The Crossing development. It does not affect the road that goes through The Lakes from the cemetery which comes to a grinding halt as drivers coming from K route roundabout area to access the new shopping centre have priority.”

Tauranga City Council’s acting manager for transportation Phil Consedine says Gargan Road was closed due to the requirements of the Tauranga City Plan (Appendix 18F), as part of the Plan Change 41 which was consulted on in 2005.

“NZTA’s submission was to close Gargan Road to protect the intersection of Winterbrae Lane, Gargan Road and State Highway 29 from additional traffic.

“It was agreed by all parties through the Environment Court process that there were significant safety issues with additional traffic being introduced to SH29 at the junction with Gargan Road. It was agreed that the intersection should not be utilised by the industrial development.

“This means access points to SH29 are only provided via the Tauriko roundabout and Belk Road.

“Gargan Road was again consulted on in 2016, as part of proposed changes made through Plan Change 18,” says Phil.

“The Outline Development Plan for the Tauriko Business Estate shows the future connection to SH29 at, or near, Belk Road.

“Planning and design is currently underway to continue Taurikura Drive to Belk Road. This also requires an upgrade to Belk Road to improve safety at this intersection. This will provide an alternative access to SH29 for traffic to travel east along SH29.

“As part of wider planning in this area, NZRA are investigating wider state highway improvement options and potential connections in the Tauriko Business Estate,” says Phil.

If people have any questions about the closing of Gargan Road, they can address these to transport@tauranga.govt.nz or 07 577 7000.

What a crock of +++++. In today’s world we need to be up with the times. 2005 the Lakes was a dream as was the population in the area. Is there no such thing as expediency and do it now or "Lets do this" which our PM quotes relentlessly,. Surely we can adapt to the pressure s of the day. Its time the councils and NZTA were made accountable. NZTA especially as we already pay them a pile of money in road taxes for our substandard raiding. If it wasn’t for the foresight on TCC (seems a bit strange I know) we would not even have a bridge nor a toll road. Time to claim back our road taxes and to sack Twyford to stop him misappropriating our road money to other projects. How can long term plans work when poliies shift the money to other area’

The junction of Cambridge Road and SH29 is terrible and it’s a disgrace that it has not been suitably upgraded. Everyone from west of Tauranga who wants to go to Rotorua, Hamilton or anywhere south has to negotiate an uncontrolled T-junction. It’s madness, and the new shopping centre just adds to the traffic. Motorists are currently taking things into their own hands, operating an informal system of alternating traffic prioritisation. Probably necessary, but it’s a tragedy waiting to happen.

2005 is 15 years ago. I think that things have changed a little bit since then, traffic wise, but given the rate of progress around Tauranga, it will be another 15 years before anything happens !!