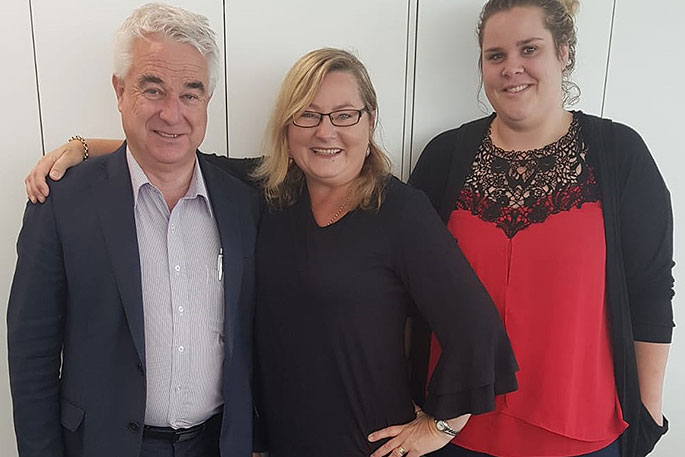 Tauranga City Council is asking people who have had their cat attacked by dogs to contact them as soon as possible.

This call comes after Labour list MP Angie Warren-Clark meet with Tauranga Mayor Greg Brownless on Monday morning to discuss reports of roaming dogs being responsible for the deaths of at least 11 family cats.

Nicole Tetenburg, who tragically lost her cat to one of the roaming dogs, also attended the meeting to give her perspective on the issue.

“I am pleased to hear from Mayor Brownless that Tauranga Council will be stepping up patrols by animal control services in the Maungatapu area until the roaming dogs are found,” says Angie Warren-Clark.

“With animal control services being stepped up, I would now urge all residents to keep an eye out for roaming dogs. If any are seen call Tauranga Council as soon as possible.”

Tauranga animal control also have a dog catching cage which can be placed in the community.

To best aid in identification of the dog, Tauranga Council have asked that if your cat is attacked by a dog, contact Tauranga Council as soon as possible to arrange for swabs for DNA comparison.

Tauranga City Council Animal Services have given the following advice:

I’ve even had to get a dog specifically to keep cats out of my veggies. Cheek of it

Maybe time to address the issue of roaming and registering cats like some Australian States. The damage by cats to out wildlife is atronomical.

One of our numerous MPs busying herself with important stuff!