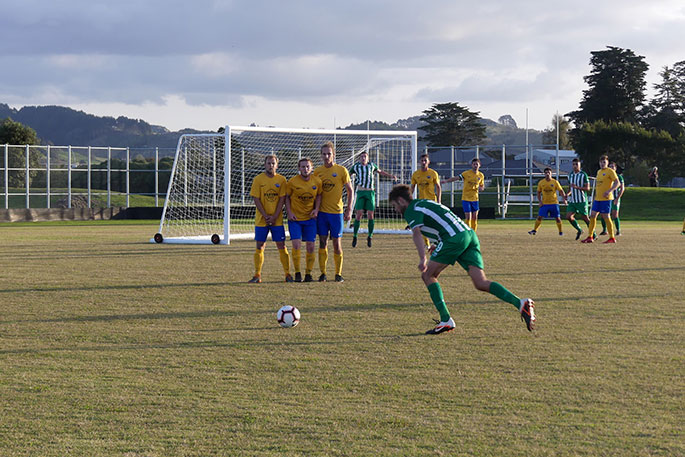 Melville United picked up probably the result of the season so far in The Soccer Shop WaiBOP W-League after shocking Claudelands Rovers 2-1 at Gower Park on Sunday.

This week’s round of Premiership matches was reduced due to the involvement of a number of teams in round 1 of the ISPS Handa Chatham Cup.

That gave both Papamoa and Otumoetai the opportunity to put pressure on joint leaders Waikato Unicol and Taupo if they could snaffle three points from their Western Bay derby.

Things looked to be going to plan for Papamoa after Colm Kenny’s goal six minutes before the break gave the hosts a tidy half time lead. 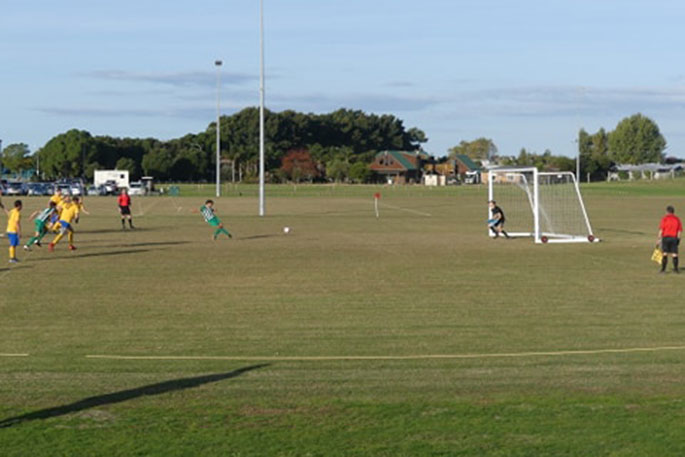 It took until the hour mark for Otumoetai to draw level when JP Rosende struck home from the penalty spot, but even then the game was seemingly in the balance.

The visitors came home strongly, however. Ryan Peddle pushed Otumoetai in front with sixteen minutes remaining, then a late Nick Barnes double added gloss to what ended up being a resounding away victory.

Otumoetai’s win lifted them level on thirteen points with Waikato Unicol and Taupo, who were both involved, rather successfully, in cup action over the weekend.

There was a frenzy of scoring around the hour mark, with three goals scored in three minutes. Joaquin Reynoso doubled Rovers’ lead before Jordan Toy grabbed one back almost immediately.

Reynoso scored his second and Rovers’ third virtually straight from the restart to secure another solid win for the Blues.

The visitors began the stronger, however, and Atsuhito Kageyama had them in front inside the first ten minutes.

Te Awamutu finally got back on level terms a minute before the break when Te Puke put through their own net, but they had to wait until the final quarter hour to claim all three points.

Melville started strong, with Emma Sizer giving the hosts the lead inside the first five minutes. Given recent form, it seemed mere blip for Rovers, particularly when Rhiannon Jones levelled things up on the quarter hour.

Claudelands would have expected to kick on but a second goal never came for them. Just as they seemed destined to lose two points for the first time this season things suddenly became worse. Melville popped up with the winner only two minutes from the end through Bailey Guilford, whose goal sent shock waves through the league.

Tauranga City was able to capitalise on Rovers’ slip with a seemingly comfortable 7-1 win at Tilemax Papamoa.

But the margin only told half the story in this game as Tauranga held a narrow lead going into the final ten minutes.

Danaya McKenzie, for Tauranga, and Briana Osbourne traded first half penalties, then Talia Entwisle put City in front six minutes into the second half.

While Tauranga appeared in control they only put the game to bed in the 80th minute when Nicky Hingston struck their third.

Instead of being content to run the clock down City went on a late goal binge as Anneliese Heuvel rammed home four goals in five minutes to seriously boost her side’s already impressive goal difference.

The other game that was played finished goalless between the bottom two sides Otumoetai and Tauranga Blue Rovers. Whakatane Town won 3-0 by default over Hamilton Wanderers.

Waikato Unicol’s reserves stretched their lead at the top of The Soccer Shop WaiBOP Championship after a stirring 3-2 win over neighbours Claudelands Rovers.

Goals from Henry Leech and Brody Neil gave Unicol the advantage at half time, but Rovers hit back through Ash Gower-Rudman and Conor Reynolds in the second half.

Just as the teams seemed destined to settle for a share of the points Harry Green stepped up and slotted home a neat free kick to give Unicol their sixth win in seven matches and a six point lead at the top. 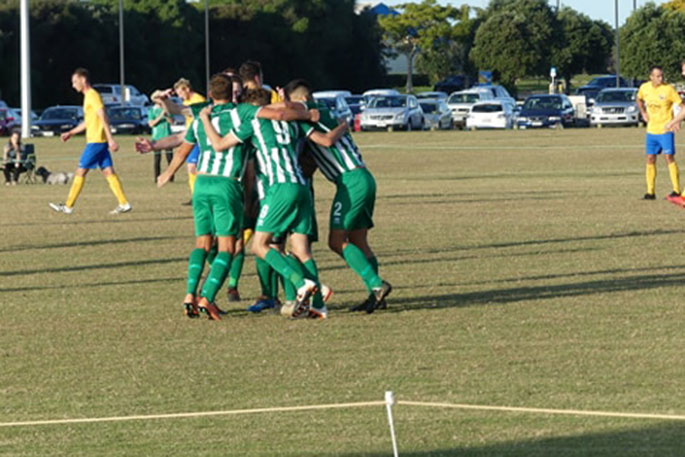