Musicians come together for the Galilee Mission 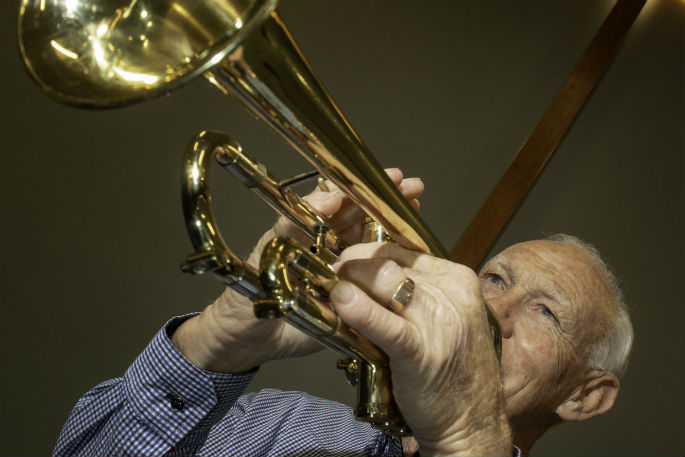 A fundraising concert is taking place at St. Andrews Church in Mount Maunganui for the Galilee Mission on May 18 at 2pm.

United Seafarers’ Mission Port of Tauranga Assistant Manager Jeff Law says the mission deals with hospitality and welfare for Seafarers coming into Tauranga since the 1960s.

The United Seafarers’ Mission came into existence in 2001, uniting the Galilee Mission with the Mission to Seamen and the Apostleship of the Sea.

Jeff says the mission costs more than $200 per day to run, and the concert is one way of raising money to keep it running.

“The Galilee Mission’s sole purpose is to look after Seafarers visiting the Port of Tauranga.

“We’ve done this sort of thing (concerts) which interests the community and raises more money.”

Jeff says the Tauranga mission has about 70 volunteers, and their time is very much valued as many Seafarers come to the Port of Tauranga.

“We had about 16,000 come through the centre last year, which is an average of around 50 per day. These guys have been out at sea on ships, and at times for a very long time. They are typically on a nine month contract which means they’ve been away from home from anything up to ten months, from when they left home to join the ship.

“They are on average away from home for five months, so they’re getting to the point if they have young families at home, mum looking after the kids at home with often little money, and their pay is not great, so anything we can do to help them is a great help.”

Jeff says their main service is providing free wireless internet to the Seafarers.

“They come to us, get the password and they will sit on their phones talking to their partners and kids for hours on end.

“We have unlimited broadband with a very high speed, so we can have 40 to 50 guys chatting away on Skype without any ill effect.

“We also run our bus which offers them free transport wherever they want to go, often to Bayfair and back.”

Jeff says they also provide free sim cards for their phones, and they sell top ups for usual rates.

Three chaplains are also on offer for the Seafarers’, one from each of the three missions.

“A chaplain is always available for a Seafarer who has any problems, it may be they haven’t been paid, there may be difficulties at home, so the chaplain will sit with them and sort things out.”

Jeff is going to be one of the MC’s at the concert, where great musicians are showcasing their talents to raise money for the Galilee Mission.

The Salvation Army Band, The Silver Singers, the One Voice choir, Peter Cranson, Keith Bowen and Taylor Foster are all performing in the Galilee Mission celebration concert.

Trumpet, cornet and flugel horn player Peter Cranson says he is honoured to be part of the concert fundraiser.

“This concert is to help support seamen who come to the Port of Tauranga.

“They need someone to talk to, or various help from time to time, as well as transport to and from the port to parts of Tauranga.”

The concert will include a variety of music, and Peter says there will be upbeat songs from the One Voice choir, and music from great shows.

Peter’s granddaughter Taylor Foster is singing in the concert, and Taylor says she likes the idea of using her talents as a way of fundraising.

“I’m singing three songs, one is called ‘Thankful’, one is ‘You’ve got a friend in me from Toy Story, and the other song is a German song.

“It means a lot to be part of this concert with my Grandfather, it means I get to make a memory that will last for a very long time, and it’s special for my whole family.”

The Galilee Mission celebration concert begins at 2pm on Saturday, May 18 at St Andrews Church in Mount Maunganui.

Tickets are available at the door and they are priced at $10 per adult and $5 for a child.