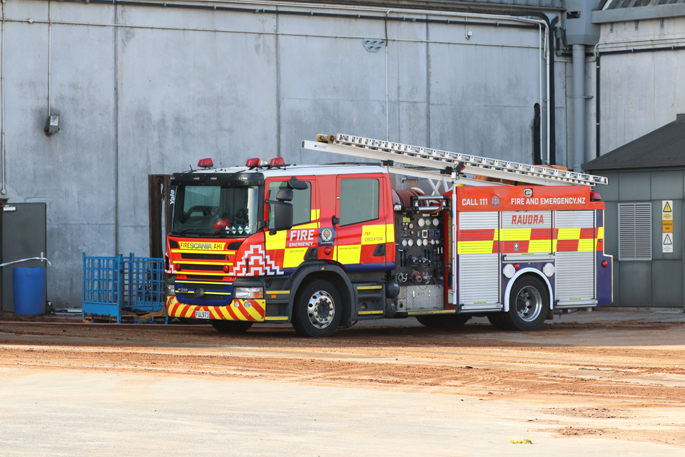 The blaze was first reported at around 9am on Sunday. Images: Daniel Hines.

Firefighters are still at the scene of the fire in Mount Maunganui which ignited on Sunday Morning.

Black smoke was reported coming from buildings in Waimarie Street, off Hewletts Road around 9am Sunday.

“Just after 11pm last night, the fire in shed number two had been extinguished and they were damping down hot spots.

“The fire in shed one had been again mostly extinguished and we are continuing to monitor hot spots.”

Daniel says he is not sure how long the crews are going to be at the scene today.

During the peak of the blaze, 13 fire crews were at the scene dealing with the well-ablaze 10,000 square metre building.

Each of the fire trucks have four crew, making a total of around 50 firefighters at the scene.

An investigation is underway into the cause of the fire. 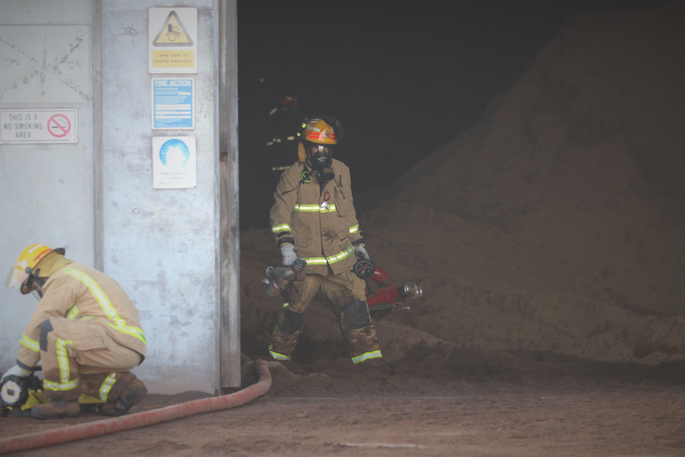