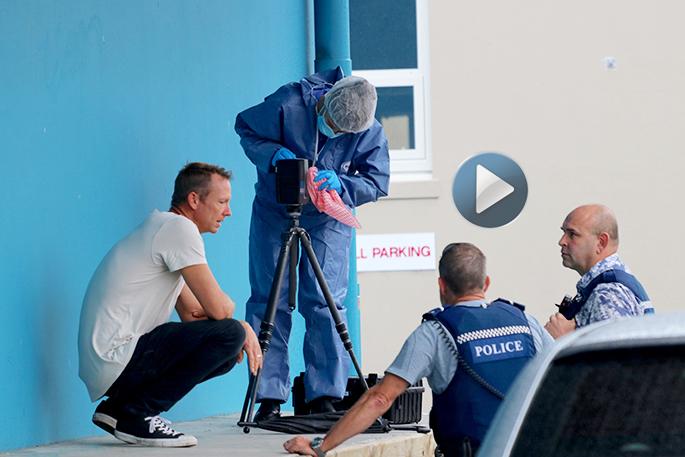 Police investigate scene of the death of a man behind the Te Puke War Memorial Hall. Photos & Video: Daniel Hines

Click the image above to watch the video
Update: 3.30pm Sunday May 12:
A SunLive journalist reports that Police are still investigating the scene of a Te Puke death on Sunday afternoon.
A Police spokesperson has confirmed that a body was found at the back of the Council buildings in Te Puke about 4pm on Saturday May 11.
The service lane behind the Te Puke War Memorial Hall building was cordoned off at both ends as Police conducted an investigation on Sunday.
The body has now been removed from the site. Police say that it appears to be the body of a rough-sleeper or homeless man.
Police are keen to speak with anyone who was at or near the Te Puke Library or Council building between 5pm Friday May 10 and 4pm Saturday May 11.  Please contact Tauranga Police on 07 577 4300 or callers can remain anonymous by calling the Crimestoppers number on 0800 555 111. 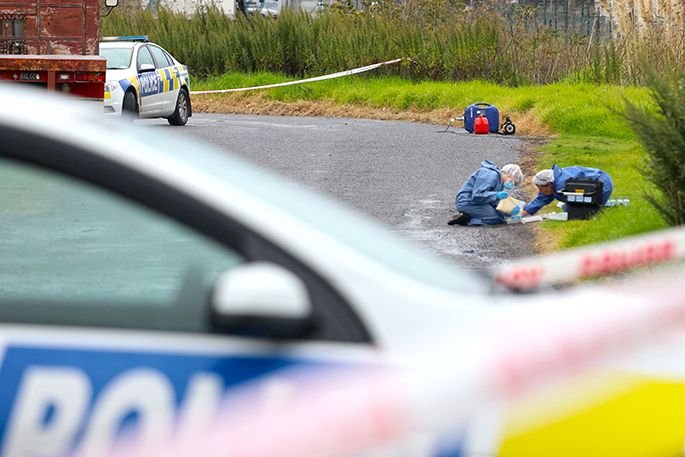 10.30am Update:
On Sunday morning, five Police cars and two Police forensic trucks are reported to have cordoned off the service lane behind the Te Puke War Memorial Hall building while conducting an investigation into the death of a man.
Police report that a body was found at the back of the council buildings in Te Puke at about 4pm on Saturday.
Police looking through the scrub and bushes surrounding the service lane.
Police are treating the death as unexplained at this stage.
Enquiries are ongoing. 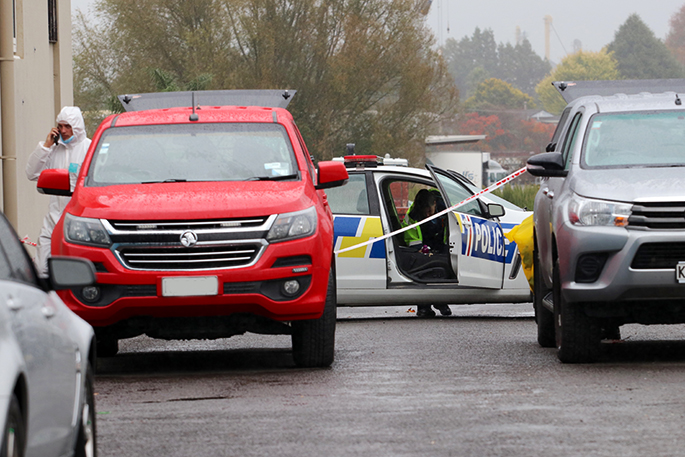 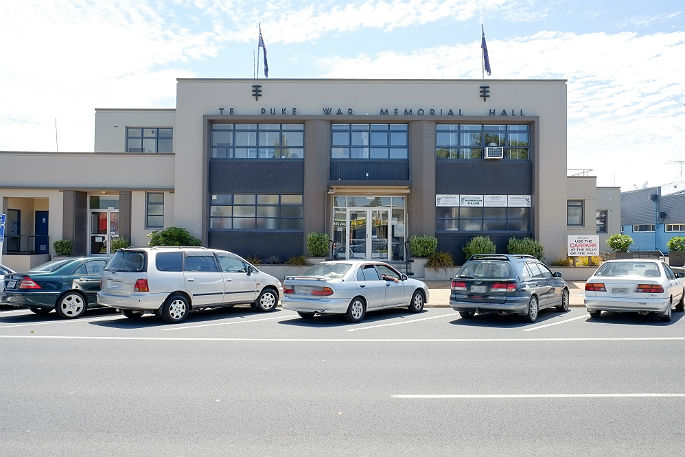