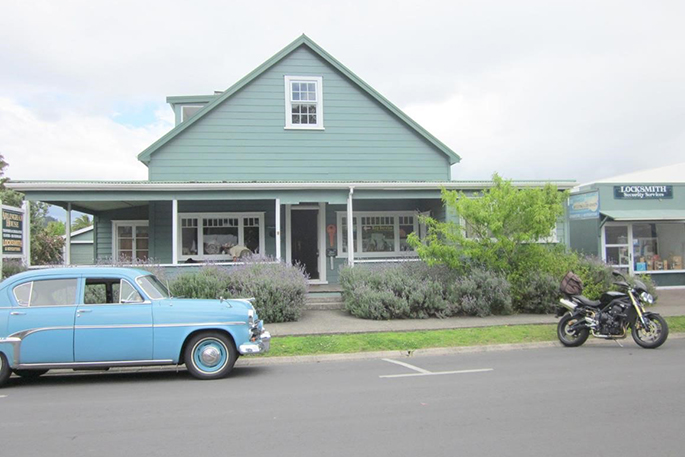 Plans are being made to demolish or remove the three vacant, Council-owned structures at Whitianga’s 2 Monk St, known as Arlingham House.

An independent building condition assessment report has been carried out on the property, which the Thames-Coromandel District Council bought in October 2017 and is located next door to their Whitianga area office.

The assessment revealed the main building and one of the two sheds at the site are in a very poor condition and pose health and safety risks associated with asbestos and lead-based paint. The cost to repair and reinstate the buildings to a level fit for residential or commercial use was estimated to be around $475,000.

At its April meeting, the Mercury Bay Community Board approved the demolition or removal of the buildings and the vacant, 607m2 site to be metalled and used as a temporary car park until a decision is made on its final use.

The Thames-Coromandel District Council is now seeking tenders from building demolition companies to remove all three structures. It is anticipated the work will begin in the next few months.

The main, two-story, weatherboard house, a former locksmith shop, is not listed in the District Plan or with Heritage NZ as a heritage building.

The independent building condition assessment, conducted by QSC Quantity Surveying and Construction Consultants, found considerable deterioration to the exterior and interior of the main house including rot and deterioration of the foundations, weatherboards, cladding, roof iron, joinery, framing and decking.

A full replacement of the electrics was required.

Mercury Bay Community Board Chairwoman Rekha Giri-Percival says it's a shame to see this building go.

"Unfortunately, given the condition it's in, it's not feasible to retain it," says Rekha.

"Until longer term plans are formalised, making use of it as car parking will help over the busy summer periods."