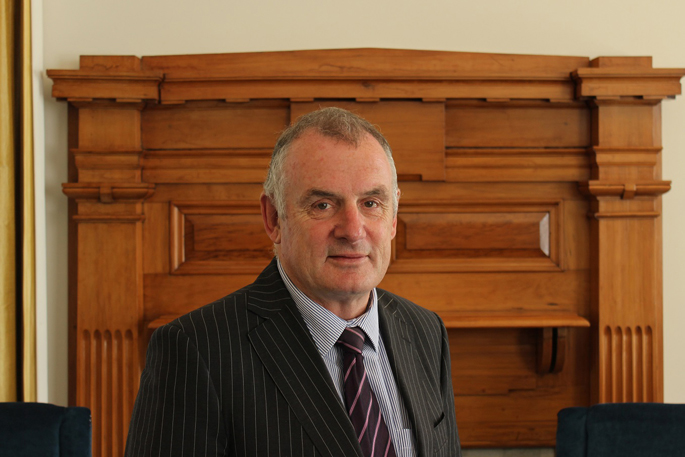 Children at two schools in the Bay of Plenty and students from Toi Ohomai Institute of Technology were given the chance to meet the Speaker of the House, Rt Hon Trevor Mallard, on Friday, May 10.

The visit was part of the Speaker-led Outreach Programme that aims to bring Parliament to the people and the Speaker was accompanied by the Tauranga-based Labour List MP Jan Tinetti, and Maree Brookes, the Electorate Agent for Hon Simon Bridges MP for Tauranga.

“We want all New Zealanders to know that they can easily and effectively engage with Parliament, no matter their age or background. Not everyone can make it to Parliament, so it is easy for people to feel detached from the processes,” says Mr Speaker.

“Taking Parliament to the regions helps to rectify that feeling of detachment,” he says.

At Merivale School in Tauranga, 50 students from year four to six heard how anyone can get involved and affect change by engaging with Parliament. Specifically, how petitions work and some real examples of students who have petitioned Parliament and the outcome.

Given the school is a Māori Medium School, this was to be done in Te Reo Māori and English.

The group cooked sausages for lunch at Toi Ohomai Institute of Technology, Windermere Campus, where students were also taken on a virtual reality visit of Parliament, thanks to the Parliament XR app.

Later in the day at Te Kura Kaupapa Māori O Te Matai in Te Puke, students were given the opportunity for a question and answer session with the Speaker, again in Te Reo Māori and English.

The Speaker-led Outreach Programme was launched last year in South Auckland. Mr Speaker aims to extend the programme, with the goal of visiting six regions per year.