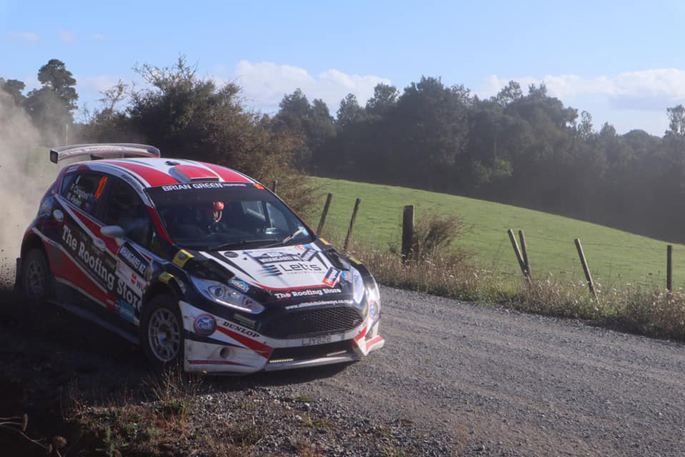 Tauranga’s Phil Campbell has come away from round two of the Brian Green Property Group New Zealand Rally Championship, the ENEOS International Rally of Whangarei, focusing on the positives after a strong run on the opening day was ended by mechanical failure.

Coming into the round, Campbell was third in the championship and looking forward to tackling an event that suits his driving style. Having a small mechanical issue in shakedown that the team was able to fix, he was able to sit third equal of the NZRC runners after the opening two super special stages.

Saturday morning offered a mixed bag of stage times, including second fastest on the power stage, a career best effort on the stage offering bonus points. By the end of the morning’s four stages, Campbell sat The Roofing Store Ford Fiesta AP4 in fifth place, but less than ten seconds away from a podium position in the highly competitive field.

An otherwise strong run in the afternoon was interrupted on special stage eight, the second of the afternoon, when Campbell and co-driver Mal Peden punctured, losing more than 50 seconds and although they was able to hold on to fifth place, they would end the day 45 seconds behind their nearest competitors.

Unfortunately, that would spell the end of the rally, a clutch failure at the Sunday morning refuel zone ending Campbell’s rally and with it, any chance of a solid points haul.

“It was a shame to miss out on day two and the points that go with it, but really there are so many positives to focus on from Saturday that it was certainly a positive weekend,” says Campbell.

“We’re still learning the car and I feel more comfortable every time I drive it, plus we were closer to the leading pace than at Otago, so I’m really pleased.”

The Campbell Rally Sport Team now turn their attention to the Lone Star Rally Canterbury on June 2, where they will look to move back up from seventh in the championship.