Working on the night moves in the BOP 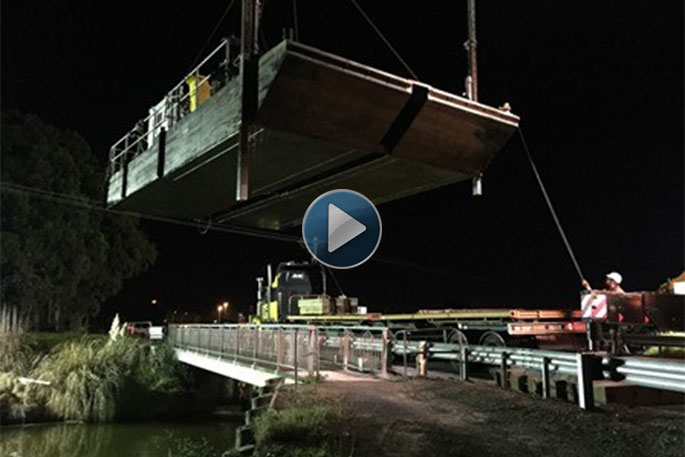 The dramatic night lift of a barge, excavator and other machinery over Keepa Road Bridge in Whakatāne marked a smooth transition into the final section of the Kopeopeo Canal for the remediation project.

The Bay of Plenty Regional Council, with co-funding from the Ministry for the Environment, is working with the community to clean up dioxin-contaminated sediment in the Kopeopeo Canal.

The canal was contaminated between the 1950s and late 1980s as a result of stormwater discharges from a former sawmill, which treated timber using Pentachlorophenol (PCP).

The Kopeopeo Canal Remediation Project is removing sediment from the canal using a barge-mounted cutter-suction dredge. Sediment is transferred along a pipeline to Geotubes® inside containment sites.

As the barge moves along the canal it needs to be lifted over bridges and pipelines enroute. This lift is the sixth and final of the bridge lifts along the project length.

“All of the other lifts have been in daylight hours, but this was at night because the contractor wanted to minimise any potential traffic-related effects. 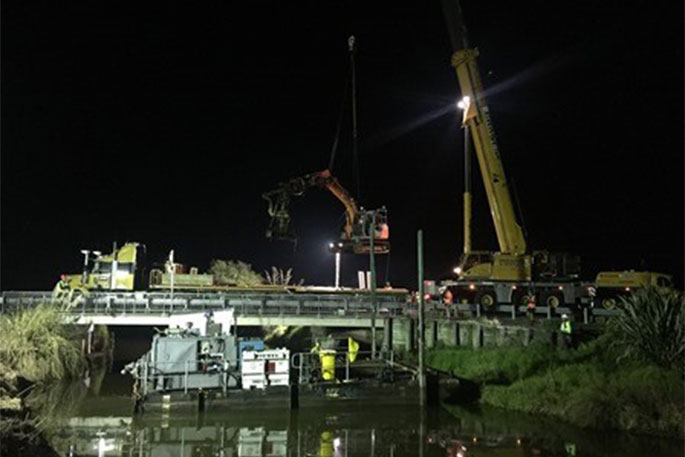 “There was a lot of planning and preparation to ensure safety of all the workers on site and to make sure that there were contingencies and back-up plans in place.

"There is a lot of equipment to move in the right order – first removing all the materials from the barge and setting them aside so we can move the barge itself to the other side of the bridge. Then we needed to put it all back together again on the other side.

"Full credit to the contractor crane crew and site manager, Des McCleary from EnviroWaste Services Limited for such a smooth lift."

Dredging will continue along the final section of the canal towards the confluence with the Orini Stream. Four kilometres of the total 5.1km has been dredged to date, marking approximately 80% completion.

Dredging is expected to be completed by the middle of the year, but works will continue on the Keepa Road containment site to cover and start bioremediation of the contained material. During that time, access through the site along the stopbank will remain restricted. 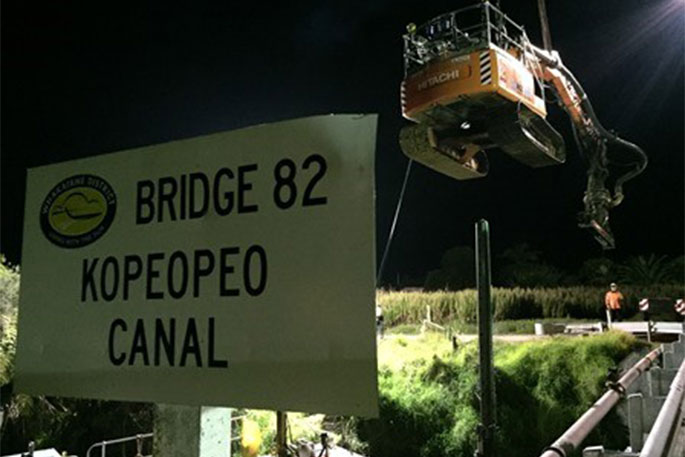