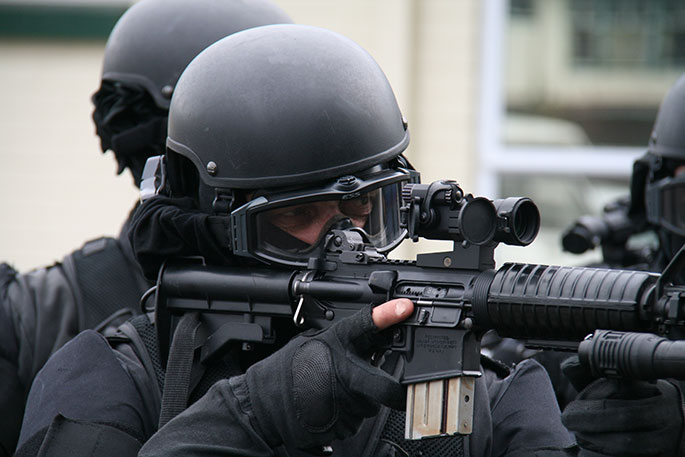 Members of the armed offenders squad was seen at the address this morning. File photo.

Armed police have swooped in on a Tauranga property this morning.

A SunLive reader messaged us on Facebook to say she heard police yelling in Redmond Street at 6.26am.

She heard yelling to “get down, get down now”.

She says she also heard police saying “we have a warrant for the address, police will not be leaving until the address is searched”.

A police spokesperson says they are carrying out a pre-planned search warrant in the area.