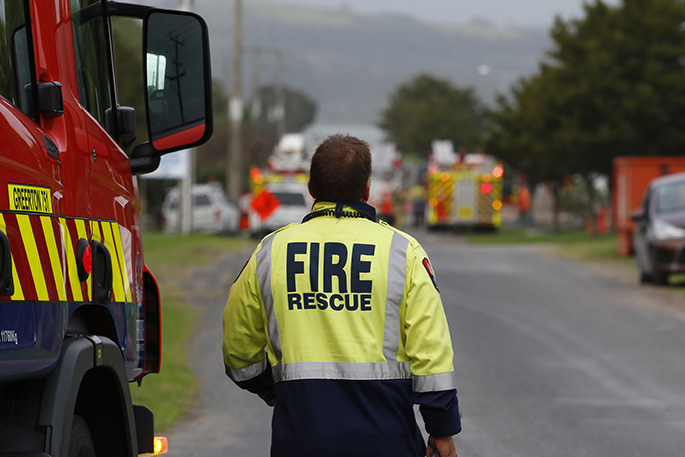 Fire and Emergency New Zealand are asking people to make sure their smoke alarms are in working order. File photo.

People are being urged make sure smoke alarms in their homes are working and chimneys have been maintained following the year’s first fatal house fire in the Bay of Plenty.

Ngaro was a father of four and a grandfather to three.

"This tragedy highlights the importance of people ensuring they have working smoke alarms in the lead-up to winter, and particularly in remote communities," Fire and Emergency spokesperson Pete Gallagher says.

There tends to be around 10-20 per cent more house fires in winter than in the warmer months.

"It’s vital chimneys and flues are swept each year before people start using fireplaces and wood burners - a build-up of soot can easily ignite a fire.

"People also need to be vigilant when using heaters. Always place them a least a metre away from anything that can catch fire, particularly furniture, curtains and racks of drying clothes."

The death last week occurred in a house which did not have any smoke alarms.

The remote location was 1.5 hours’ drive from the nearest fire station, and by the time firefighters arrived the house had been completely destroyed.

Pete says it’s also critical people have an escape plan to survive a fire, because it spreads so quickly.

"It’s not as simple as ‘I’ll just run out the front door’. You’ve literally got less than five minutes to escape a house on fire. And the smoke, heat and fumes are very disorientating, so it’s much harder than people think."

It’s not yet clear what caused the Ruatahuna fire, although it was likely to be either due to a wood burner being used at the time of the fire or an electrical fault. Highly combustible material stored under the house would also have increased the speed of the fire.

- Winter is a high-risk time for house fires - fireplaces need to be swept in autumn, and heaters need to always be at least a metre from anything that can catch fire

- Long-life photoelectric alarms are recommended in every bedroom, hallways, all living rooms, and on every level of multi-storey homes

- If an alarm is activated, leave the property immediately and then call 111

- Having an escape plan is vital to survive a fire - you have less than 5 minutes to get out as fire spreads so rapidly, and the smoke, heat and fumes can overcome