NZ to make the decision in cannabis referendum 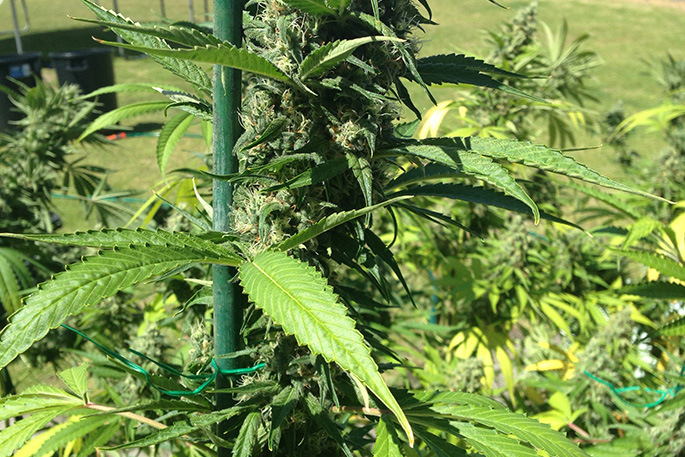 The Government has announced details of how New Zealanders will choose whether or not to legalise and regulate cannabis, says Justice Minister Andrew Little.

The Coalition Government is committed to a health-based approach to drugs, to minimise harm and take control away from criminals.

The referendum is a commitment in the Labour-Green Confidence and Supply Agreement, as well as a longstanding commitment from New Zealand First to hold a referendum on the issue.

“There will be a clear choice for New Zealanders in a referendum at the 2020 General Election. Cabinet has agreed there will be a simple Yes/No question on the basis of a draft piece of legislation.

“That draft legislation will include:

“Officials are now empowered to draft the legislation with stakeholder input, and the Electoral Commission will draft the referendum question to appear on the ballot.

“The voters’ choice will be binding because all of the parties that make up the current Government have committed to abide by the outcome.

“We hope and expect the National Party will also commit to respecting the voters’ decision.

“I have today released the actual paper considered by Cabinet,” said Andrew Little.

The Justice Minister also confirmed there will be no other government initiated referendums at the next election.

Today’s announcement by the Minister of Justice Andrew Little confirms that:

“We’ve been clear from the beginning that a referendum needs to be based on a legal regime that people can see, understand and make informed decisions about,” Chlöe said.

“Today’s announcement shows we’ve built consensus across Government for a transparent and detailed law that will give voters the clarity they need before voting in the 2020 cannabis referendum.”

“Having the proposed law developed and released ahead of the referendum is key. We’ve made it abundantly clear throughout the negotiations that our preferred position was to see legislation passed through Parliament before the referendum so it was ‘self-executing’ with a majority yes vote. But we didn’t gain consensus on that step. As it is, a yes vote will be informed by a clear regulatory regime set out in draft legislation that people will know and understand. We will avoid any potential of a ‘Brexit’ situation because people will know exactly what the future holds, and how these changes will be implemented.”

“The Government announcement confirms that all parties commit to fully implementing this legislation if there is a majority yes vote. It’s incumbent on the National Party to let the people of this country know whether or not they will also honour the vote.”

“The Green Party supports a legal framework for cannabis - to bring it out of the shadows and the black market. We will take a practical, evidence-informed, health-based approach to reduce as much as possible the harm caused by drug use and addiction. We want to displace the black market. We will not stand to see it simply replaced with corporate control, like alcohol or tobacco.”

“This referendum process presents the greatest opportunity for cannabis law reform our country has seen in 40 years. Politicians can no longer sit on their hands. The future of this law will be in the hands of the people.”

Intelligent work and terrific that it will be binding. Democracy at it’s very best.