Crash near Baypark this morning 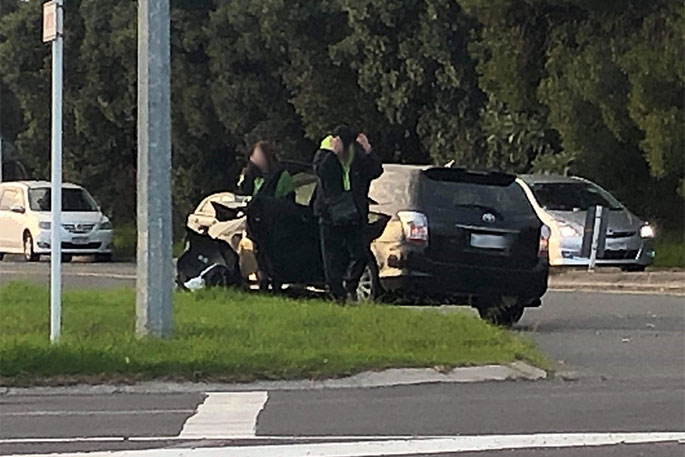 One of the vehicles involved in the crash. Photo: Cameron Avery.

A police spokesperson has confirmed a two car collision occurred at the roudabout intersecting State Highway 29A and Truman Lane about 7.10am.

"There were no injuries and no blockages."

A "pretty decent collision" is how one person is describing a crash near Baypark this morning.

A SunLive reader emailed in to say two cars and a van have crashed at the Te Maunga roundabout, near Baypark.

"The crash doesn't appear to be blocking the road and no one looks to be injured."