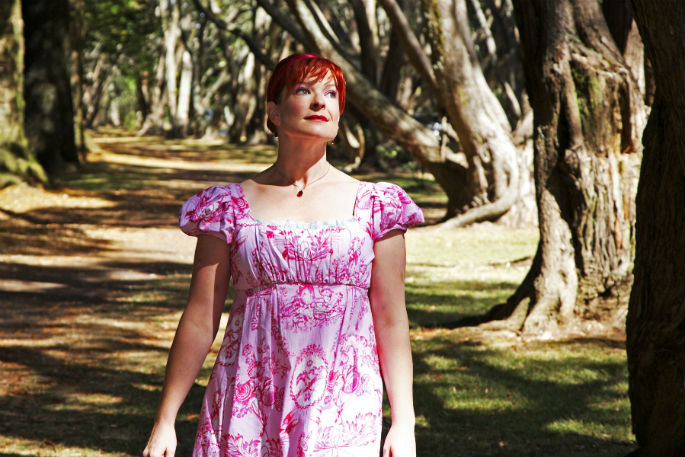 Uplifted, joyful, thoughtful and happy – that’s what Penny Ashton wants you to feel after her shows.

This month Baycourt Presents is bringing two of the acclaimed Kiwi performer’s shows to Tauranga; Promise and Promiscuity: A New Musical by Jane Austen (deceased) and Penny Ashton; and Captain Pinky’s Pirate Toddler Boogie from May 24 to 25.

“I’ve never performed at Baycourt and have wanted to for years, it’s exciting I’m allowed in the building,” she says with a laugh.

By night, Penny will dive into the world of Jane Austen in Promise and Promiscuity, her globally acclaimed one-woman homage to the 18th century novelist that sees her tackling nine characters through song, dance and “appalling cross-stitching”.

“There’s just something really fun about Austen’s world, she was sarcastic and funny, and could be quite cutting and quite feminist. It’s these elements I’ve enjoyed the most, bringing out in the show.”

“The format’s simple, I spins tunes as kids and their parents dance around and go crazy. It’s so charming seeing parents dressed up as pirates take an hour out of their day to come and dance around with their kids.”