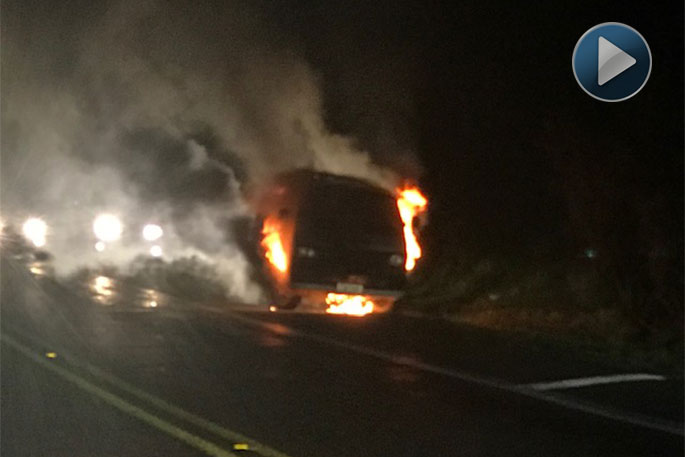 Flames and black smoke has been caught on camera following a van fire in the Bay of Plenty.

Emergency services were called to fire on State Highway 33, near Okere Falls, just before 6pm.

Maketu Volunteer Fire Brigade was the crew that responded to the fire callout.

"There were no injuries.

"It was well alight."

Firefighters spent about an hour at the scene, making sure the fire was out.

Why didn’t the Okere Falls brigade attend the fire? Sure they are volunteers but the station is just down the road. That van must have surely gutted by the time Makutu turned up...