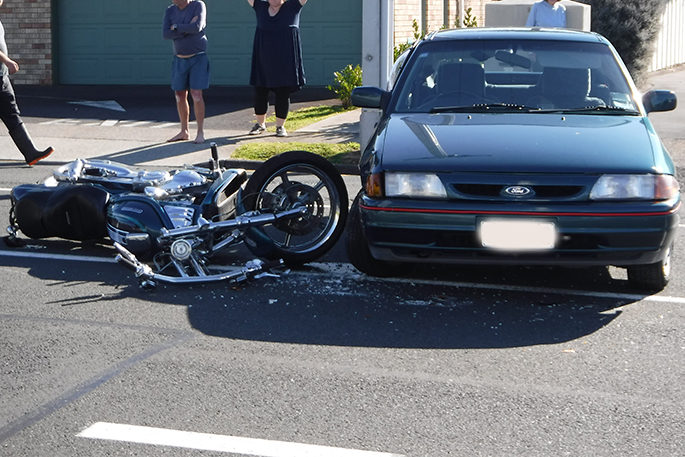 Accident between motorcycle and car in Otumoetai. Photo: supplied

Police have reported that there has been a crash between a motorcycle and car in Otumoetai on Sunday morning.

Police were called to the scene on the corner of Ngatai Rd and Short St about 9.37am.

There were two people involved in the crash. An ambulance also attended the scene.

Road closures are in place, with the CBD-bound lane closed. 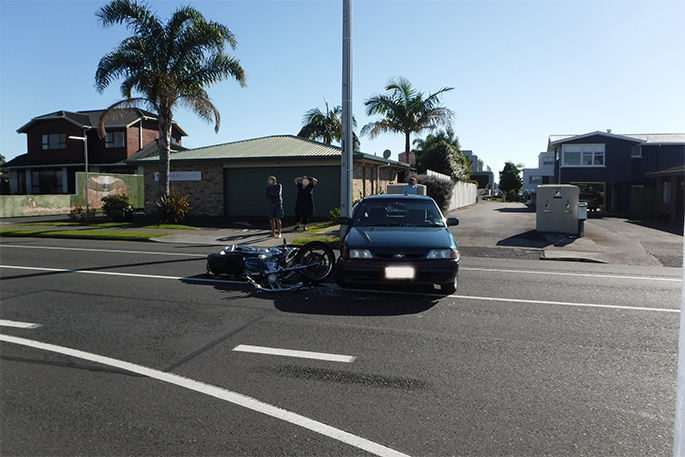 Glad there were at least two people involved in this crash!!?? What’s gonna happen with driverless cars??