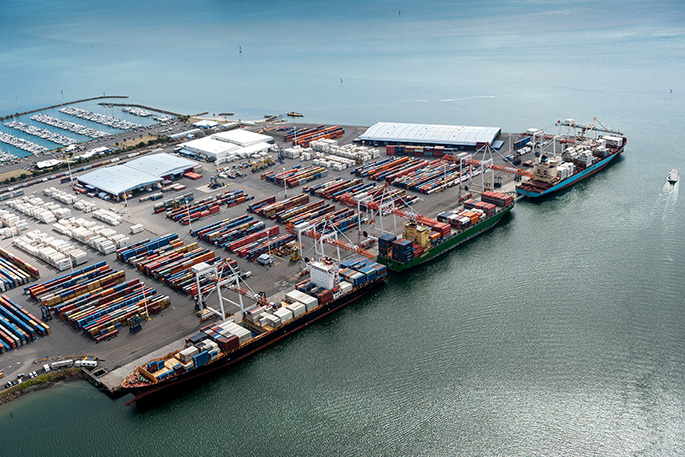 Any move to rationalise port ownership in the Upper North Island is not likely to be welcomed by business says the EMA.

EMA Chief Executive Brett O’Riley says suggestions coming out of the Upper North Island Supply Chain Strategy that perhaps the three main ports Auckland, Tauranga and Northland could be rationalise their ownership to create a monopoly in the region are misguided.

“Our members like the competitive tension between the ports and benefit from it,” says Brett.

“For some reason we seem to like creating monopolies in New Zealand when the best result for customers usually results from at least three competitive players in a market – look at the telcos.”

The EMA is the largest business membership organisation in New Zealand and its base covers the region from Taupo to the Far North. Both major ports are members of the EMA.

Brett acknowledged that the issues around moving large volumes of empty containers created by the imbalance between imports and exports at the two main ports were a concern.

“Those distribution issues are exacerbated by the lack of investment in road and rail infrastructure, particularly around access to the Auckland and Tauranga ports."

As the report notes lack of infrastructure investment also hampers the case for greater volumes of freight or a dedicated car import hub at Northport.

"There is a strong political push to invest massively in rail from Northport to South Auckland to address this lack of infrastructure but we have to be very careful to ensure there is a strong business case to support this massive investment - especially when there is already a four-lane highway that goes almost half-way to Northport.

"Perhaps that is something the about to be formed National Infrastructure Commission could investigate before committing to massive investment in either or both the road and rail options."

Port of Tauranga has responded to the interim progress report on the Upper North Island Supply Chain Strategy released.

“The progress report identifies well-known issues such as the need for increased investment in road and rail networks and the historic financial under-performance and inconsistent reporting by some ports,” he says.

“We challenge some of the facts, assumptions and implications in the interim report, and we’re hopeful these will be addressed before the next report due in June. For example, the report states that the Bay of Plenty and Waikato have benefitted from rail infrastructure and investment provided by the Government at no capital cost to the end user. This ignores the $267 million in rail costs paid by Port of Tauranga since 2010.”

“We look forward to hosting the working group on their first visit to Port of Tauranga in the coming months,” says Mark.