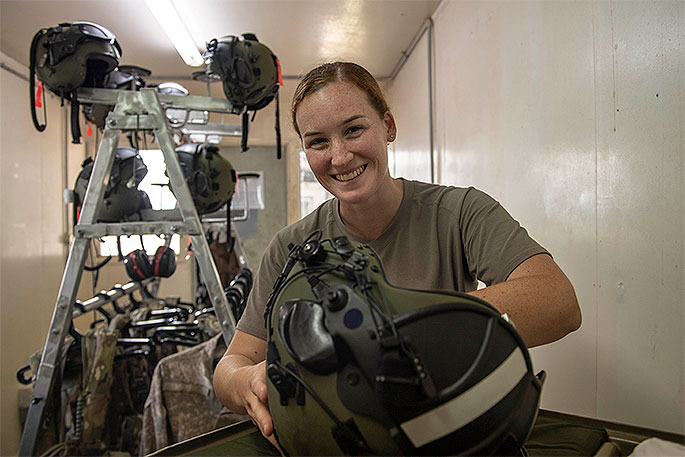 “I have opportunities to travel and a job that offers diverse challenges,” says Leading Aircraftman Van Der Plas, who was part of a 55-member New Zealand Defence Force contingent that provided support for Solomon Islands’ recent general election.

One of two Safety and Surface Technicians from the RNZAF’s No.3 Squadron sent to Solomon Islands, Leading Aircraftman Van Der Plas helped carry out daily maintenance on safety equipment and flying clothing used by the aircrew of the two RNZAF NH90 helicopters deployed to the Solomons.

“It's a great opportunity to learn how we function in an operation.

“It's also awesome to experience the warm hospitality of the locals.”

“We work behind the scenes to keep our aircrew safe,” says Phoebe.

She joined the RNZAF in January 2014, drawn by the opportunity to travel the world and pursue a career that involves adventure and sport.

After graduating from Tauranga Girls’ College in 2010, she worked for a year in the tourism industry and toured Europe with a friend.

During her first year at university a chance conversation with an acquaintance who was keen on joining the Air Force sparked her interest.

“I thought a military career presented a good challenge so I enlisted." 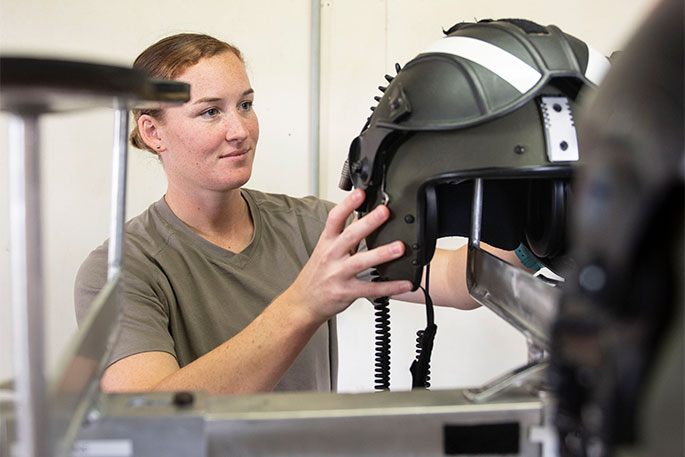 One of the highlights for her so far was representing the NZDF in football against the Royal Air Force.

The match was played at St George’s Park in Staffordshire, the training and preparation ground for all of the England national football teams.

Taking part in a tri-Service charity boxing event at Linton Military Camp, flying to Mount Ruapehu on a T-6C Texan II aircraft and participating in an exercise in New Caledonia are three other memorable highlights.

“I’m in the early stages of my career and I am looking forward to more adventures and opportunities in the future."