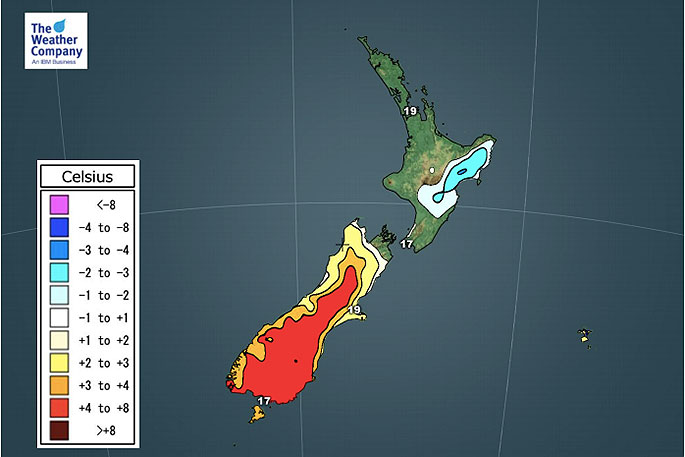 Many parts of New Zealand will experience colder nights this week but the flip side is a warm afternoon thanks to high pressure and plenty of sun, according to WeatherWatch.co.nz.

A large portion of the country will enjoy warmer than average afternoons over the next couple of day with warmer weather increasingly returning.

That doesn't mean it will be hot, simply warmer than average for this time of the year. But it's balanced out at night time with the cooler light southerly flow and clear nights making for colder than usual weather in a number of regions. 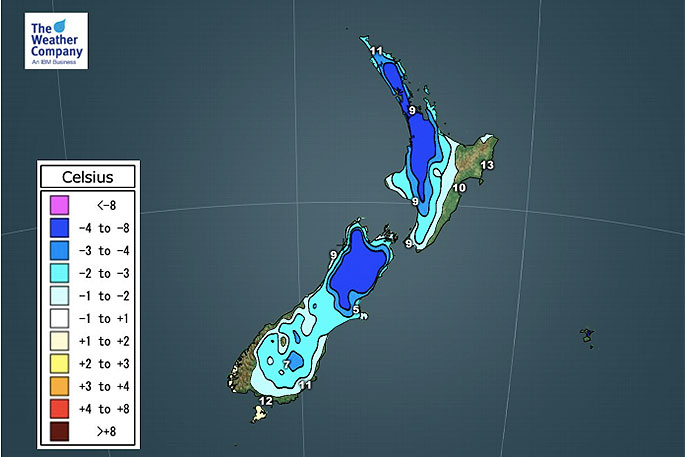 However WeatherWatch.co.nz says Hawke's Bay and Gisborne still have a showery, cold, southerly - it fades today and should clear overnight, allowing for a warmer Thursday.

High pressure looks set to dominate New Zealand through this week, the weekend and into next week.

As this high transitions across NZ it is likely to bring in a warmer sub-tropical flow which means warmer days AND nights are coming up.

This warmer flow begins today a little in the south but increases to many regions by Friday and over the weekend.

In fact in the days to come WeatherWatch.co.nz says some parts of both islands will make it back in to the low 20s which is above normal for May. 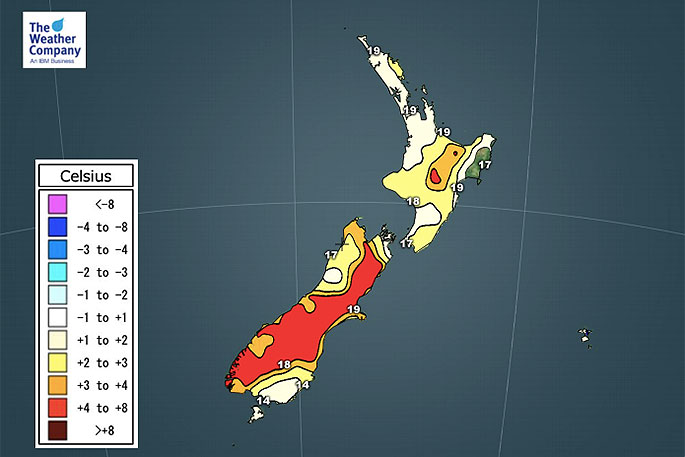 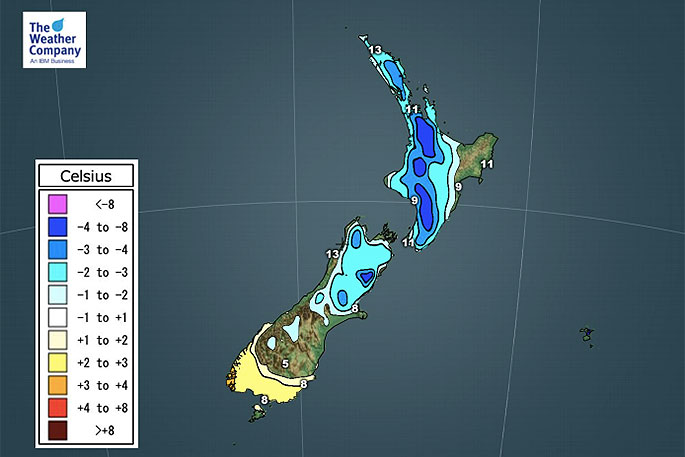