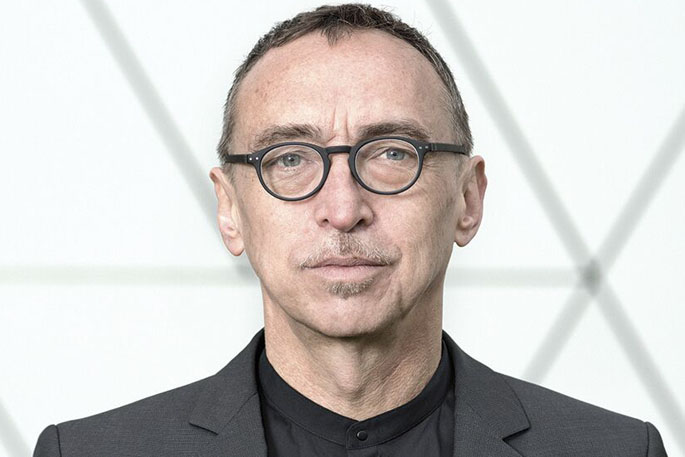 Marten Rabarts (Ngāti Porou / Ngāpuhi), current head of EYE International at the EYE Film Museum Netherlands, has been appointed to join the organisation as Film Festival Director – Kaiurungi from October 2019.

The NZIFF 2019 line-up has been programmed with significant input from Bill Gosden (who retired at the end of March after 40 years of service), and will be delivered by the existing NZIFF programming team which includes Programme Manager Michael McDonnell and Programmer Sandra Reid.

“As so many applicants noted, Bill Gosden left unique and large shoes to fill on his recent retirement after 40 years. From a richly skilled and talented field of applicants, it was such a pleasure to find Marten wished to return to New Zealand and take up the challenge to be the Film Festival Director – Kaiurungi.

“He brings a wealth of international experience in many aspects of film culture but has always remained firmly connected to his homeland.

“The NZFFT Board were particularly impressed with his passion for creating international opportunities for homegrown talent and amplifying unique voices in cinema, across all his work in sales, production, development and marketing,” says Catherine Fitzgerald, NZFFT Chairperson.

“Being entrusted with the stewardship and a key role in shaping the future of one of New Zealand’s most significant cultural events is a challenge and honour that draws me back to Aotearoa with excitement and an enthusiasm I trust will match the energy and passion of the NZIFF team who, with Bill Gosden at the helm, have built this world class celebration of cinema, stories and ideas.”

“They experience cinema which requires them to slip inside the skin of others; confront the joy, pain, tenderness, discomfort, triumph and paradox of what it is to be fully human in our turbulent times.

“A film festival doesn’t pretend to offer easy answers, but I look forward to presenting films and unique cinema voices from at home and around the world that continue to pose the most urgent artistically intriguing questions of our times, just as NZIFF has done for the past 50 years.” says Marten, incoming Film Festival Director – Kaiurungi.

Marten will attend NZIFF 2019 but won’t commence his position with the organisation until October 2019.

Born in Coromandel, Marten moved overseas at the age of 16 to pursue a career in theatre and contemporary dance, transitioning into film in New York in the mid 80s.

He has lived in Australia, the United Kingdom, the United States of America, India, and for most of the last 20 years in The Netherlands.

During that time, he has regularly returned to visit family and his broad network of friends and associates within the New Zealand film industry.

His previous role as Artistic Director of the Binger FilmLab saw him developing international talent by bringing New Zealand and international filmmakers together with Dutch filmmakers to develop their films, including Māori Boy Genius, The Strength of Water, Stray, The Babadook, and Touch Me Not (Golden Bear winner, Berlin 2018).

His most recent roles have been as Head of Training and Development at the NFDC in India, and as the head of EYE International in Amsterdam, where he has been responsible for the promotion of Dutch film and film culture worldwide since 2015.