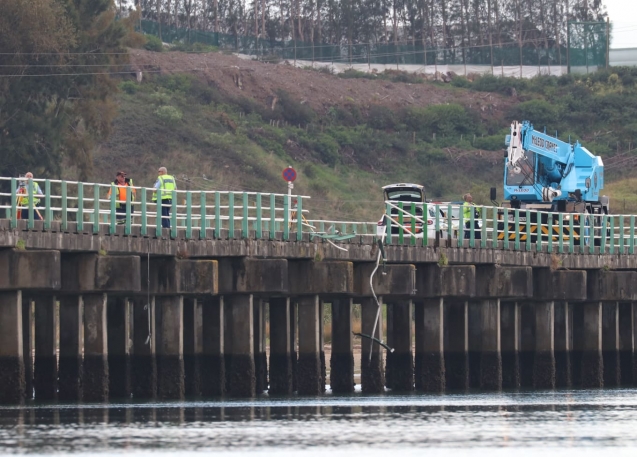 Emergency services at the scene of the crash on Sunday morning. Photo: Daniel Hines.

Police have released the name of the man who died when his ute crashed off the Maungatapu Bridge.

Stephen Allan Fifield, from Mount Maunganui, died when the vehicle he was driving crashed off the bridge and plunged into the Tauranga Harbour on Saturday night.

"Police offer their sympathies to Mr Fifield's family at this difficult time," says a police spokesperson.

"The investigation into the crash continues."

The driver's body was also located inside the vehicle and was recovered prior to the vehicle being lifted from the water.

The road between the Maungatapu and the Baypark roundabouts remained closed from Saturday evening until reopening about 2.25pm on Sunday.