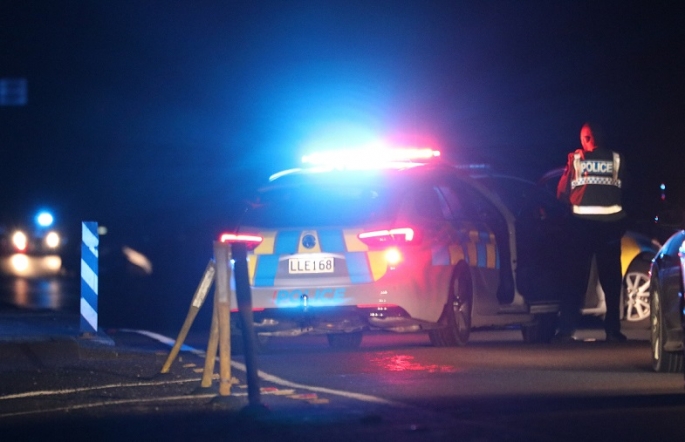 Emergency services at the scene of a fatal crash on Maungatapu Bridge over the weekend.

April is being described as the deadliest month on the roads in 10 years.

The Ministry of Transport has confirmed 45 people have been killed so far this month.

Police are continuing to investigate a fatal crash in Tauranga, where a ute crashed off the Maungatapu Bridge on Saturday night.

April began with a horrific week on the roads, including a crash that killed five people from the same family near the Kinleith Forest. An 11-year-old-boy was the sole survivor.

The crash was about 10km from the site of yesterday morning's carnage where eight people were killed north of Taupō after an SUV and a van collided head on.

The driver of the van and six of its passengers were killed, as well as the driver of the other vehicle. A nine-year-old boy is the sole survivor, and is in a stable condition at Waikato Hospital.

Taupō District Mayor David Trewavas says these types of tragedies are always difficult for the community.

"We just can't take too much more of this I can tell you because it's not only devastating for the families involved. It's all the emergency services, farmers up the road, the neighbours, people that are coming across the scene ... they never get over this," he said.

David says even though it's a busy high-speed zone, the crash site was on a reasonably easy corner of a well-maintained stretch of State Highway One.

"Had a bit of moisture overnight, so I would say there's been a bit of a slip on the road somewhere and the events unfolded. So it's certainly not a bad part of the road that's for sure, in my humble opinion, and I travel that road consistently."

The last time the death toll reached 45 in a single month was in April 2009, making this April the deadliest month since then.

Associate Transport Minister Julie Anne Genter says on average, one person died on New Zealand's roads every day and someone else was injured every hour of every day.

She says the government was working to make the roads safer and improve the safety of vehicles, but drivers also needed to be responsible.