Hiker found and lucky to be alive 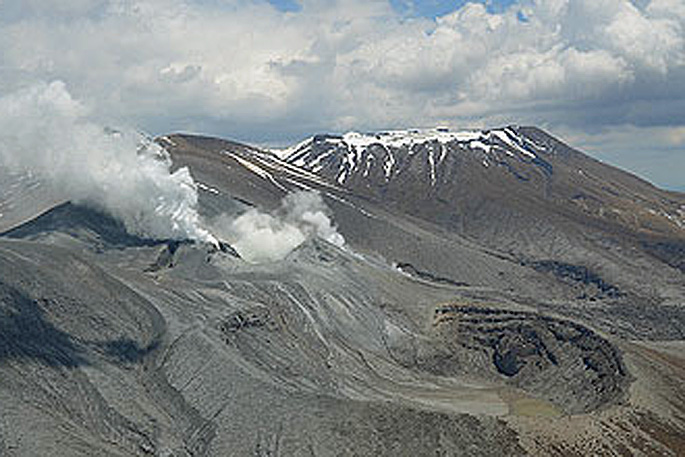 An Auckland hiker on Mt Ngauruhoe last night was lucky he was found by 7pm because by then it was dark and he was very cold.  He was located by LandSAR Ruapehu Alpine Rescue Organisation (RARO) after being stranded near the summit of Mt Ngauruhoe.

Two dedicated members from the RARO team, reached the summit by 7pm and found the man who was frozen and couldn't move.

At this point there was a wind of 50-60km per hour wind and the temperature was about 7 degrees.  This makes the wind chill factor approximately negative ten degrees (-10) at this altitude.

"Our bodies chill 25 times faster when they are wet rather than dry," says Senior Constable Barry Shepherd. "He’s a lucky man, things could have been worse, but due to the skill of our team, we found him in the cloud when visibility was only at arms length.

"Both rescuers spent time holding the man upwards while hauling him down the mountain.  The team of two plus the victim, made it to the half-way point at the South Crater where they were met by another rescue team of three.

"He was given some warm thermal clothes and food and drink and the second team helped escort him out to the roads end by 11pm.

"The man was only partially prepared," says Barry. "He had a large pack; a lot of food and drink, but his clothing was inappropriate as he didn’t have enough thermal wear for the altitude.

"The rescue team spent a good four hours of carrying and assisting this man down the mountain.

"Paramedics checked him over at the bottom of the mountain and he didn’t need any more first aid. He was an extremely lucky person, but due to the skill of these rescuers - we saved his life."

Senior Constable Barry Shepherd would like to remind all keen hikers about some important tips:

For further advice on preparing and planning for outdoor activities go to www.adventuresmart.org.nz (link is external)