Progress one year on from flooding event 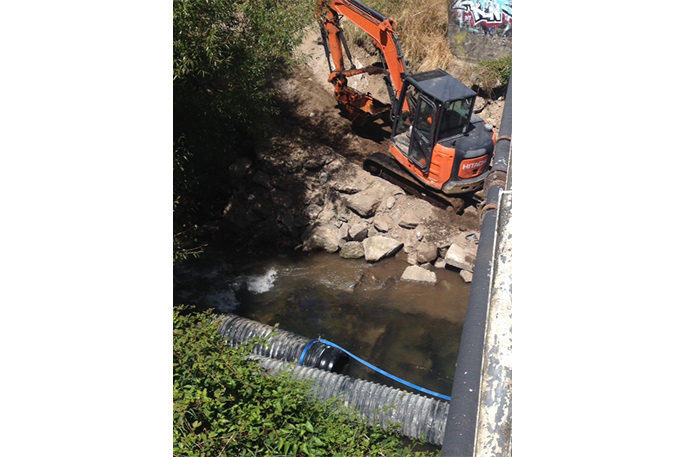 Families are back home and future mitigation plans are being developed one year on from the severe weather event which cause flooding and widespread damage across Rotorua.

While the majority of affected residents are back in their homes, four insanitary notices are still active.

The event caused extensive damage to some Rotorua roads, but no serious injuries occurred.

In the 12 months since, the Bay of Plenty Regional Council and Rotorua Lakes Council have been working together to repair damage and reduce the risk and impact of future storm events. Since the event 118 locations on the stream have been identified for remedial works and 75 of these have now been completed.

An independent panel conducted a review into the flooding event and released a report with 24 recommendations; these are being worked through. This is now being led by a project team, which is made up of executive and specialist/technical staff from both councils. They are also supported by the Ngongotahā Community Reference Group.

The reference group, which is made up of community and iwi representatives as well as elected members, will provide advice and recommendations to both councils and will lead community engagement and consultation around the development of plans for short/medium and long term actions.

While primarily focussed on Ngongotahā, the learnings and recommendations from the review are expected to be applied in future decision-making for the whole of the Rotorua district where applicable.

A Flood Recovery Office was set up with four community wellbeing navigators employed to ensure affected residents were assisted with returning home. This wrapped up at the end of 2018.

“It cannot be assured that flooding will not re-occur. All that can be done through stream maintenance, engineering works and land development planning is to reduce the risk and impact of flooding,” he says.

“On the basis that flooding cannot be fully prevented, an emergency response plan is been developed to ensure that people can be evacuated from the risk areas in a significant event to safer areas until the event is over.”

This inter-agency emergency response plan is being created by Civil Defence staff in collaboration with the Ngongotahā community.

Stavros, who is also part of the project team says the basis of the Ngongotahā Action Plan currently focuses on preventive maintenance on all stormwater systems (streams, channels and pipes) and developing long term engineering options for consideration by the Reference Group and the two Councils.

He says Ngongotahā residents can expect early maintenance of key areas, and a range of engineering/planning options around July/August. 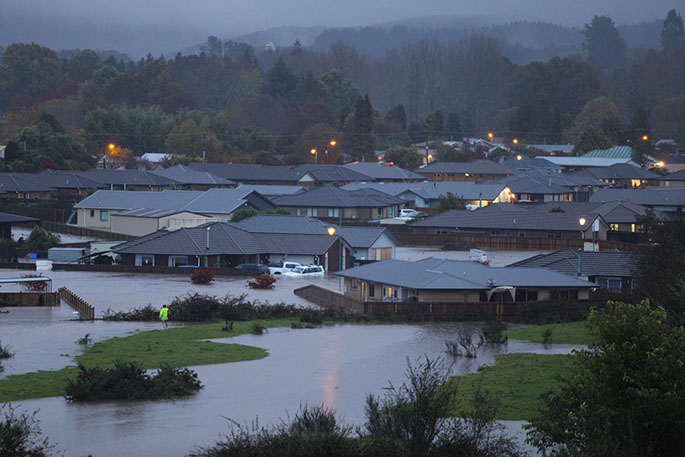 Remedial works completed by both BOPRC and RLC:

•         Out of a total of 118 sites (in the Ngongotahā Scheme Area) needing repair, 75 of the highest risk/priority sites have been repaired

•         3000 native plants used so far for stabilisation planting, with a further 3800 plants on order for the winter planting season

•         Machine-cleaning of the Reporoa drainage network has been completed for this year. Work will recommence on the next priority drains at the end of next spring.

•         Other sites with minor damage Mountain Road, Mangatete Road, Parsons Road, Waiotapu Loop Road have been awarded under contract and will be complete by June 30th

•         RLC staff have continued to liaise with Waikato Regional Council who have been carrying out improvements to flow in the Waiotapu Stream, into which our drain network discharges

•         The Elizabeth/Pererika Street area is under consideration for a pumping solution. Some modelling has been undertaken but more detailed report to be prepared.

•         February/March 2019: Community reference group established to work through recommendations together with the technical teams

•         June/July: Community engagement and dialogue on draft suite of options

•         Later 2019 onwards: Presentation of final recommendations to both Councils and progressive implementation of agreed actions once adopted by Councils.