Well-travelled songstress to play in the Bay 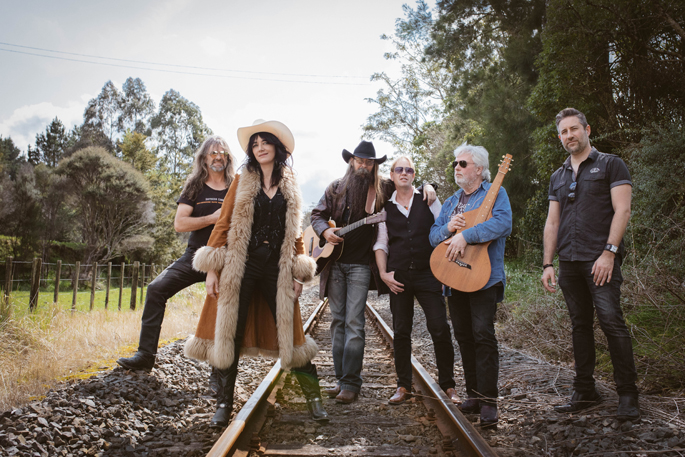 From the bush clad hills of the wild west of Auckland come Catherine Tunks -with her Bona Fide Band – a well travelled songstress with her raggle taggle gang of talented musician boys that pack a punch alongside her sassy & original style.

With influences from the Americana Southern Country & Rock styles of the 70's - these guys are the full rodeo of original country soul, gospel strong vocals, sweet tunes and down home country Blues.

Vocalist & songwriter Catherine (Cat) Tunks is an award nominated musician with 3 albums behind her, a global gypsy of musical stories having lived and worked in Ireland, Germany, Nashville and the Pacific Islands.

Starting her career as a very young and naive backing vocalist for Graham Brazier, Tunks has supported many of NZ music industry's major players. One can hear influences of Bonnie Raitt, Emmy Lou Harris, in her songwriting.

Mixing in a little black magic and gospel, she can rise to moments of Aretha Franklin-esque energy in her live vocals and here you will find yourself on a road trip through the land where the boundaries of blues, americana, jazz and country become one.

Her song Thursday Morning a finalist in the 2017 International Songwriting Competition, gave her then EP The Beautiful Dreamers much attention in the music Publishing world, and having previously earned a Waiata Maori Music Awards Nomination with her previous group BlackSand Diva – Tunks and her gang of minstrels play Bay of Plenty area for the first time since touring with Black Sand Diva at Tauranga Jazz and Blues festival.

A recent tongue in cheek video release of ‘Blind Faith’ and The Drinking Song’ are a fly on the wall Northland road trip during the Hokianga Country Music festival catching Northland Kiwiana at its best and a sample of what's to come from her forthcoming album BE LIKE WATER – with Tunks’s other gospel strong vocal tracks saved for the album release later this year.

When: Saturday May 4 at The Jam Factory, Sunday May 5 at Lotus Realm, Thames Tickets: $15/$20 eventspronto.co.nz