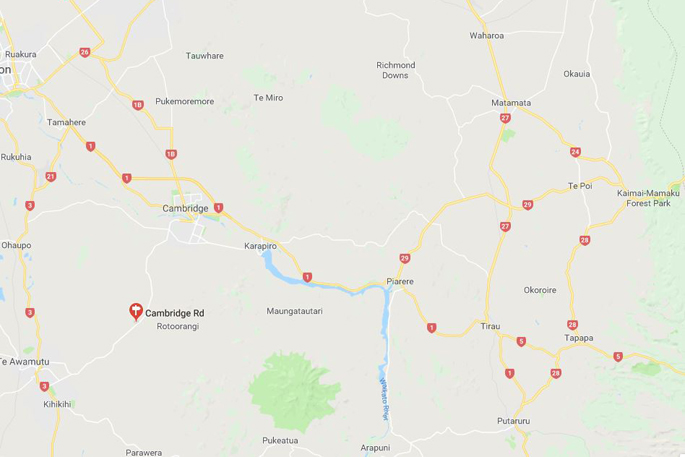 A fatal crash has occurred in the Waipa District.

One person has died following a crash on Cambridge Road, Rotoorangi this afternoon,

Cambridge road, which connects motorists travelling between Cambridge and State Highway 3, is closed due to the between Cox Road and McLarnon Road, says a police spokesperson.

“The crash was reported shortly after 1.40pm and involved two cars.

“One person has died in the crash and two people have critical injuries.

“The Serious Crash Unit are examining the scene.”

Motorists are asked to avoid the area.