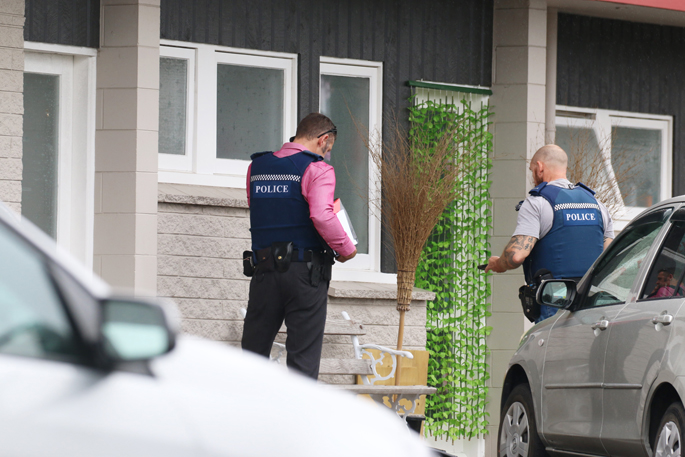 Police at the scene of where the toddler was injured. Image: Daniel Hines.

A 39-year-old man who has been charged with murder, appeared in the Tauranga District Court this morning.

Adrian’s defence lawyer sought for name suppression but was denied.

He will be remanded in custody until his next appearance.

He will appear by audio visual link in Tauranga’s High Court on May 22 2019.