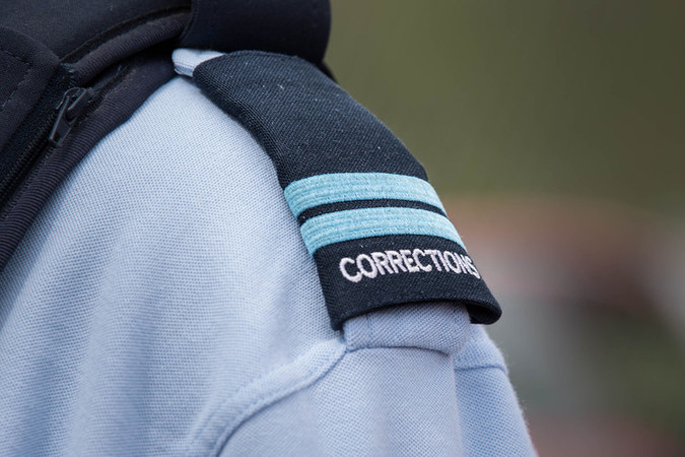 Prison officers are calling for inmates who attack them on the job to serve a longer sentence because "you don't go to work to get beaten around by prisoners".

New legislation promoted by New Zealand First seeks to impose a mandatory minimum prison sentence of six months on anyone who deliberately injures a first responder such as a police officer, ambulance staff or a prison officer.

When that offence occurs behind bars, prison guards want extra time to be added to the prisoner's original sentence rather than being served concurrently as often happens now.

Corrections Association president Alan Whitley says if the punishment did not mean extra time behind bars then it would do little to stop prisoners who beat up guards.

"You don't go to work to get beaten around by prisoners," he says.

"There needs to be a real effect on the prisoner and one thing they understand [is] if they're there longer it might make them amend their behaviour. Going to work and get[ting] assaulted by a prisoner - that's not what you're there for."

Alan says the severity of assaults on prison officers was getting worse and as well as the physical harm, many were so traumatised after such attacks they couldn't return to their work because they feared it might happen again.

He says CANZ members were in a different situation to other first responders.

"When an ambulance officer or police officer gets assaulted - and they shouldn't be being assaulted - the person doing it is in the community.

"The person doing it to my members is already in prison."

Alan is seeking a meeting with Corrections Minister Kelvin Davis to discuss making an amendment to the bill before Parliament, but said so far he has had no response.

National's corrections spokesperson David Bennett is in favour of the change and says without serving more time, there was no incentive for prisoners to stop beating up guards.

However he did not think his government counterpart, Kelvin Davis would be as supportive.

"It's very clear that the minister's in favour of the prisoner rather than the prison officer; you can see that in the way he's looking at incentives for prisoners not to do inappropriate things and that's the wrong approach," says David.

"Prisoners should have respect for the prison officer and not need incentives [to not attack them] and so the prison officers feel the minister's on the other side of the equation from them and that's why they're looking at legislation like this to give them some backup."

Corrections Minister Kelvin Davis did not respond to interview requests.

The bill is expected to go to a Select Committee later this year.