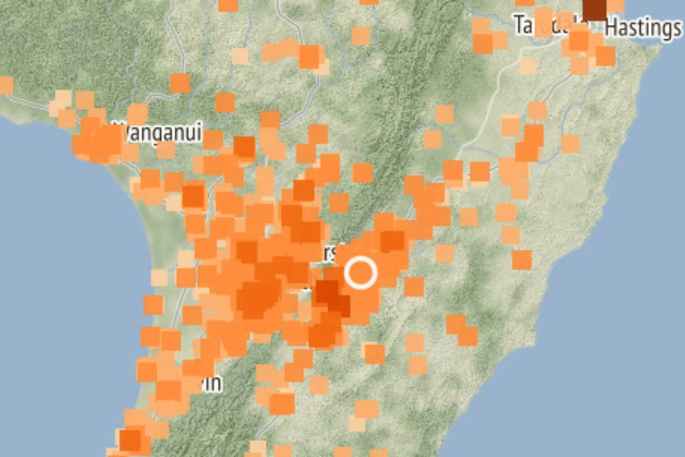 GeoNet says the 4.37am 4.8-magnitude earthquake was centred 10km southwest of Dannevirke, at a depth of 25km. Image: Geonet/Stuff.co.nz

The quake struck at 4.37am on Wednesday and was centred at a depth of 25km, GeoNet says.

Within a short time of the event it had received 2773 felt reports, a large number of them from Palmerston North.

Some reports also came in from Napier and Hastings and there were a few from Wellington.

An early wakeup call for many in the lower North Island. Our duty officer has reviewed that quake as a M4.8, 25km depth just south of Dannevirke. We've had over 2700 felt reports for that one #eqnz https://t.co/2YdpiH8vtB pic.twitter.com/SloY1iA8X0