Bay of Plenty rider one to watch 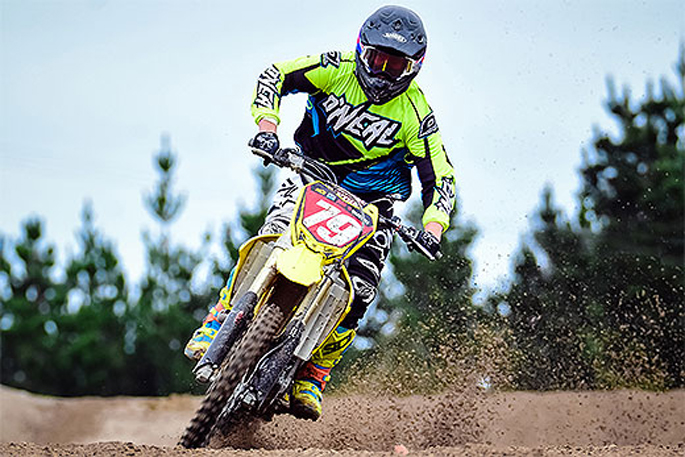 If you can picture superbike racing on a grass track, then you’ll have no trouble at all imagining what it may look like at the upcoming 2019 New Zealand Miniature TT Championships.

Again sponsored by Kawasaki New Zealand and jointly run by officials from the Patetonga and Huntly motorcycle clubs, the popular two-day event on May 4-5 will bring together riders from all the various dirt bike codes - and possibly a few road-racers too.

They will converge on a fast and flowing grassland course at Taupiri, just north of Hamilton, the same picturesque venue that was used for the first time last season.

TT racing is like superbike racing on soil instead of tarmac - the racing is off-road and the competitors use dirt bikes or quad bikes, but, unlike motocross, there are no steep hills or skyward launch ramps to slow things down.

The entry list includes the stars of motocross, cross-country, enduro and even road-racing, All Terrain Vehicle (ATV) and super motard and they will hit eye-watering speeds, at full throttle as they chase national glory.

The farm property at 456 Rutherfurd Road, Taupiri, has again been made available by land owner Mark Fuller, who is a former national enduro and cross-country frontrunner and the father of rising star on the road-race scene, teenager Zak Fuller.

It is likely that this father and son duo will also be racing at the TT nationals.

Another rider who will certainly be worth watching is Bay of Plenty's Brad Groombridge, an expert at motocross, enduro riding, cross-country and superbike racing too.

The Taupo locksmith won two of the three bike classes at the TT nationals when they were staged near Kuratau in 2016, and that was a virtual repeat of the amazing success he enjoyed at the same event the previous season. The nationals skipped a beat when no land was available in 2017, but Groombridge was back in action again last year at Taupiri, this time on board a 2013-model off-road "adventure bike".

He didn't win on that occasion - his 650cc adventure bike complete with headlight, speedo, horn, blinkers and number plate - the road-ready bike as much as 20-25 kilograms heavier than anything else on the track. His brave efforts certainly entertained the crowd.

With racing for 10 separate championship classes over the two days, as well as support classes being run, the term "flat track" may be a little misleading, with the track expected to be rough and rutted by late Sunday afternoon, when rider fitness will play as much a part in the outcomes as the bravery and skills any of the riders, or even any horsepower advantage.