Counting the social cost of crashes 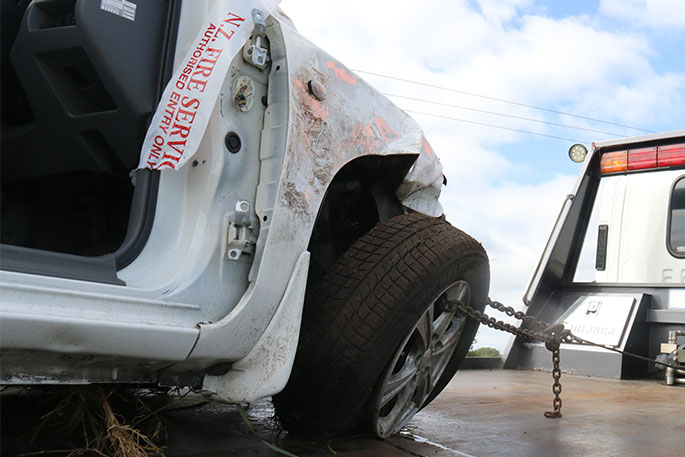 To date, 15 people have died on Bay of Plenty roads this year. Photo: Daniel Hines.

The Ministry of Transport’s annual update released today puts the estimated social cost of motor vehicle fatal and injury crashes in 2017 at $4.8 billion, an increase of $0.6 billion on the previous year.

“We know more than a thousand people lost their lives on New Zealand roads between 2015 and 2017,” says Julie Anne.

“On average, around 30 people in New Zealand are killed in car crashes every month, and ten times that number suffer serious and often life altering injury."

The social costs comprise a range of factors including; loss of life or quality of life, loss of earnings potential due to death, permanent injury or temporary disability, emergency, hospital and rehabilitation costs, legal and court costs and vehicle damage.

"It’s impossible to fully account for the personal price families and communities face with lives lost, or changed forever.

“We know it’s going to take a sustained effort to substantially reduce the number of road deaths and injuries.

“That’s why this Government has invested a record $1.4 billion over three years to upgrade some of our most dangerous roads.

“By 2021 the NZ Transport Agency will upgrade around 870 kilometres of high volume, high-risk State Highway. That means more median and side barriers, rumble strips, and shoulder widening.

“Drivers can expect to see quick improvements made this year with low cost upgrades like rumble strips and corner barriers being rolled out across a further 670 kilometres of State Highway.

“Mistakes happen on our roads, but making our roads safer and more forgiving of driver error we can ensure these mistakes don’t turn into tragedies.

“We’re also preparing for the release of a new road safety strategy which outlines the meaningful steps New Zealand has to take to reduce deaths and serious injuries over the coming decade.

“Delivering road safety outcomes that reduce or eliminate the number of lives lost or seriously injured is my primary goal in transport. This report sends another very significant message about why that’s so important.”

The latest report is available on the Ministry of Transport’s website:

Information on the $1.4 billion Safe Network Programme is available here: