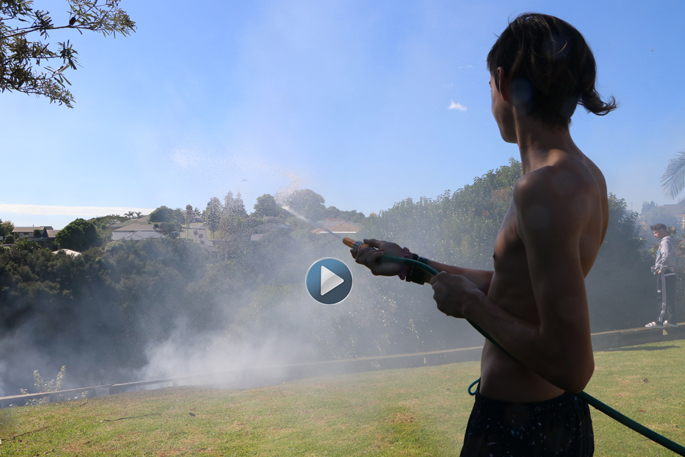 Things are winding down at the scene of the fire that happened in Welcome Bay this morning.

Fire and emergency northern fire communications spokesperson Murray Bannister says they received multiple calls to the fire on Waitaha Road, with the first call coming in at 11.50am.

“One appliance has left the scene, with things winding down.”

Steve Kira of Vanderbilt Place, whose retaining wall and front lawn were affected by the fire says, “it took [the fire service] ages to get out here, longer than it should have, about 20 minutes”.

“Everyone in my neighbourhood was panicking more than me, they all came out and asked if I had rung them.”

Annikah Davis, 12, says they thought it was the TV crackling.

“Koro went out to have a look and said ‘there’s a fire in the bush!’

“The fence to the neighbours’ house is pakaru now.”