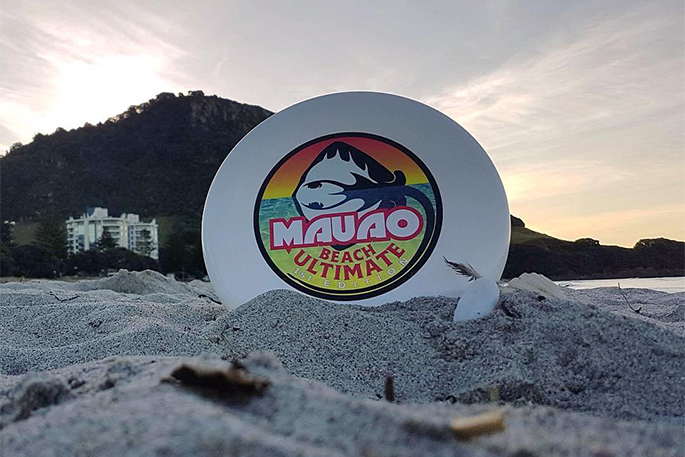 As a child I never thought throwing Frisbees would become a serious sport.

I even used to joke that I might become a frisbeetarian - someone who adheres to the belief that when you die, your spirit floats up and gets stuck on the roof.

Somehow, though, between my childhood and now, when I wasn’t paying much attention, it’s become recognised by the Olympic Federation as a potential sport for future inclusion in the games.

This weekend on Mount Main Beach the public is invited to watch the first ever Mauao Beach Ultimate Frisbee tournament.

“Beach Ultimate is a fun, dynamic sport played all over the world and we're super proud to be bringing it to our beautiful beach,” say the organisers on their Facebook page.

With teams coming from around the North Island, there will be some great skills on display. The games should prove to be fast-paced and eventful with a few people diving on the sand. 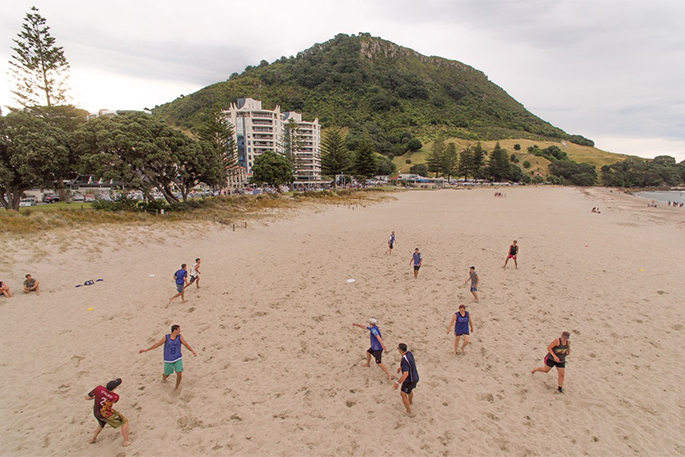 The fringe sport was introduced in 1968 at a high school in Maplewood, New Jersey, and the first game was played between two groups of students using a ‘Wham-O Master’ disc in a parking lot.

However, Ultimate wouldn’t exist without the invention of the flying disc, or "Frisbee". The first known contemporary tossing of a "disc" was by Yale University undergrads in the early 20th century. The Yale campus was near Connecticut's Frisbie Pie Company, whose pies, while being a popular treat in themselves, were sold in metal tins that would hold flight when thrown over a very short distance.

In 1948, Fred Morrison invented a plastic flying disc which was more durable and flight-worthy than anything made of wood or metal.

The first recorded competition using a flying disc happened in 1954 when Dartmouth University students organised a tournament known as ‘guts’.

‘Just another form of spring fever’ is what one Princeton University faculty member is said to have called the pastime of throwing around a Frisbee in 1957. But disc sports had far more staying power than they had predicted.

Over last summer, I’d noticed Frisbee players running a fun and very popular league on Mount Main beach. Known as Mount Maunganui Ultimate Frisbee, the players usually head indoors at the start of autumn. I went along in the middle of 2018 to the Tauranga Boys’ College gymnasium to watch them play and learn more about it.

Michael Kramer, who works in plant and food research during the day, introduced me to the team members. They ranged in age from ten to players in their 50s, with high enthusiasm apparent.

“One chap started off in August 2015, and put out some simple advertising, inviting people along to a park,” says Michael.

“We’d turn up on a Sunday and throw a Frisbee around, making up teams on the day. Then last winter (2017), as a club, we organised an indoor league at ASB Arena.”

As a team sport, Ultimate Frisbee team numbers vary depending on the playing surface. Outdoors, at a beach, they play five-a-side. On grass, it’s seven a side; and indoors, played on a basketball court, it’s four a side.

Players pass the Frisbee between each other with the goal of catching it in an end zone. Once it’s caught in that area, that’s a point. Like netball, once a player has caught the Frisbee they can’t move.

They have to catch it on the full, it’s a non-contact game and self-refereed. Having a good understanding of the rules is the responsibility of each individual player. There are no referees even at the highest level of international games.

“Of all the sport I’ve played, I’ve always come back to Frisbee,” says Michael. “It’s very unique and relies heavily on good spirit, good attitude and healthy competition. I just love it.”

I talked with Qi-Wern Lim about the ‘spirit circles’ at the end of the game.

“It’s a huge part of Ultimate, and it’s about the culture of the sport,” says Qi-Wern, also known as Chi Chi. “At the end of each game everyone who was playing gets in a huddle. The captains say a speech and thanks everyone and we choose the most valuable and spirited players.

“You also score the other team on how spirited you think they played – how well they knew the rules, knowledge and use of the rules, fouls and body contact, communication, fair-mindedness, positive attitude and self-control.”

This sportsmanship and the joy of throwing a flying disc, which may or may not get stuck on the roof, makes this, in my view, the ultimate spirited sport.