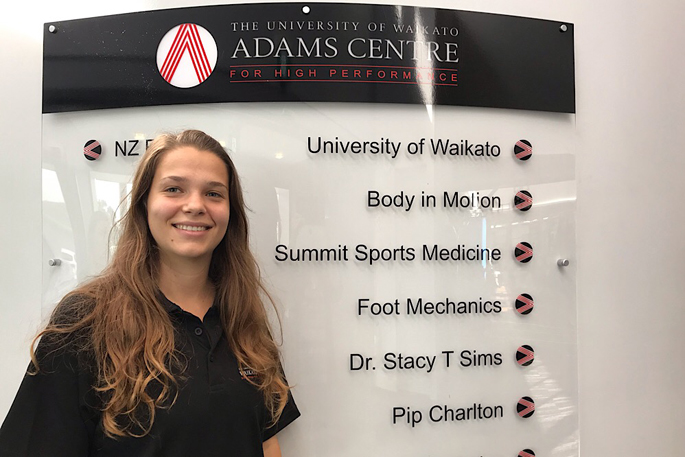 New research is underway at the University of Waikato’s Adams Centre for High Performance that aims to develop an easy test which will identify those at highest risk of lower body sports injuries.

Increased participation in physical activities also increases the likelihood of suffering sport-related injuries. Lower extremity injuries account for 50 per cent of all sport injuries, with ankles and knees being the most common injury sites.

Sports that have the highest rate of overall lower body injury include American football, soccer, netball, volleyball, and basketball where it is common to land on one leg. Ivana says the injuries often involve complex movements, such as side-cutting, pivoting, or cross-cutting.

“There is already a lot of evidence that we can reduce these injuries using sports exercise programmes. But we need to find athletes who are at risk to actually apply this to,” says Ivana.

So far, Ivana has tested 18 participants, but needs 24 more. Those who want to be involved need to be 16-35 years old and participating in some sport which involves changes in direction - soccer, basketball, handball, netball, rugby, and hockey.

They can be competing at any level, but can’t currently have an injury - although a history of injury is not a problem. The research test sessions are 1.5 to 2 hours long (most of the time involves the placement of markers), and are carried out at the Adams Centre in Mt Maunganui where the 3D motion capture technology is housed.

As a benefit, the athletes will get full reports on their risk profiles, pinpointing the specific areas which are most vulnerable for them individually. They will be provided with suggestions to target the problems, including exercises.