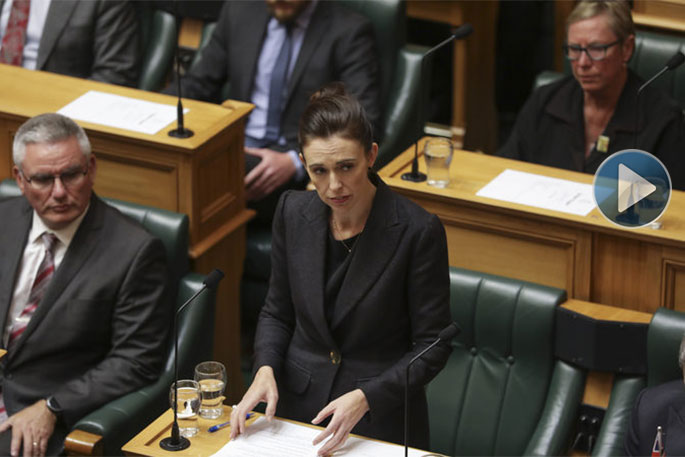 The Arms (Prohibited Firearms, Magazines and Parts) Amendment Bill introduced after the 15 March shootings at two Christchurch mosques has passed its final reading in Parliament.

The law change had near uanimous support, with ACT the only party to oppose it. The bill now only needs to be signed off by the Governor General before becoming law.

Prime Minister Jacinda Ardern acknowledged how Parliament came together to act swiftly, with the bill passing Parliament just 26 days after the attacks.

"We are here as an almost entirely united Parliament. There have been very few occassions, Mr Speaker, in my history when I have seen Parliament come together in this way.

"I cannot imagine circumstances where that is more necessary than it is now."

ACT Party leader David Seymour said he was opposing the bill, although he did not oppose changes to gun laws.

"However, this bill is not an attempt to improve public safety, it is an exercise in political theatre."

He said the Order in Council handed down prohibiting military style semiautomatics made the bill redundant, and he believed the rush to put the bill through the house had in his opinion made the law worse than doing nothing.

National MP Judith Collins said the party wished more could have been done for competition shooters, and she hoped they would be able to tackle that in the second tranche.

However she also backed it strongly, saying it was one of the most important pieces of legislation that would be put through the house.

The amendment bans military style semi-automatic weapons and parts that can be used to assemble prohibited firearms, as well as with some exemptions.

In its report on the bill, the Finance and Expenditure Select Committee said it had considered 13,062 submissions and heard oral evidence from 22 submitters. About 60 percent supported the bill, 26 percent were opposed and 14 percent expressed another view.

It recommended only minor changes after the bill's second reading.

The move follows the announcement of the finer details of the government's proposed buyback scheme for firearms.

Independent advisors will come up with a price list for the buyback scheme and a separate expert panel will be set up to determine fair compensation for high-value firearms.

The government is also planning another phase of firearms reform, exploring possible restrictions and changes to the vetting process, a firearms register and more.

The prime minister said this second tranche would likely be this year, before the Royal Commission of Inquiry into the attack - and whether more could have been done to prevent it - reports back.