Tauranga schools bursting at the seams 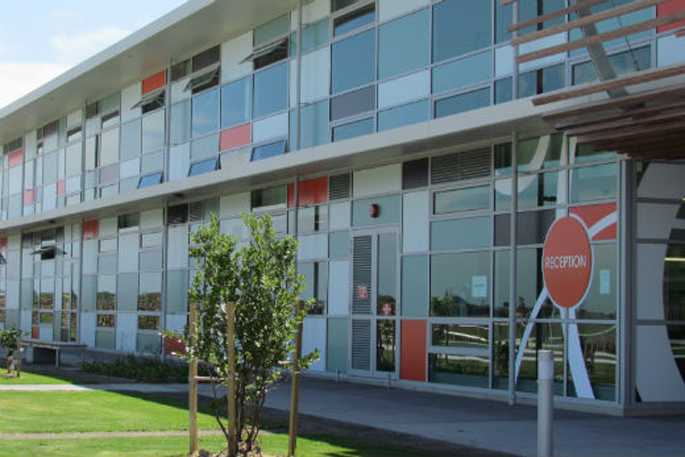 Papamoa College is just one of the schools that is over capacity. File Image.

Education Ministry figures show Tauranga schools enrolled so many children they reached 98 percent of their official classroom capacity by the middle of last year, the highest figure of any city.

Nationally, schools were at 86 percent of their ministry-provided teaching pace in the middle of last year. In Auckland, the rate was 89 per cent, in Christchurch 91 per cent, and in Dunedin 82 per cent.

The Education Ministry says the capacity figures were based only on the classrooms that it provided and they did not necessarily mean that a particular school was overcrowded.

"The roll capacity figure indicates the number of students a school should be able to accommodate in ministry-owned teaching spaces. Roll capacity is used as a guide for planning purposes to determine which schools might require additional property," it says.

In Tauranga, the ministry had been building new schools and additional classrooms for some time and a new primary school opened in the Pyes Pa area this year.

However, president of the Western Bay of Plenty Primary Principals Association Matt Skilton says most principals were struggling to find room for their students.

"We're pretty much all experiencing the same thing and that is lack of space and constant sort of number eight, Kiwi attitude of trying to work out solutions, so, staffrooms, libraries, halls, break-out spaces, things like that being turned into classrooms."

Matt says a lot of new school buildings had gone into growing areas such as Papamoa, but schools in other parts of Tauranga were experiencing a new wave of growth from in-fill housing and demographic change.

"There's a lot of retirees that moved here that are now moving into the big developments which are the retirement villages and I know schools like Pillans Point, my own school Tahatai Coast School, we're experiencing a lot of the elderly moving out and families moving in," he says.

"So our zones remain the same size, there's no growth area as such, but our rolls are starting to burst because of the change in demographic."

"We currently have 270 to 280 students, we've got another three starting in a couple of weeks. According to the ministry we have capacity for 175 students," she says.

Vicki says the school was currently using its library and another space for teaching, but the Education Ministry was building three new classrooms which would be ready before the end of this year.

"We've got 500 sections on the other side of the railway bridge which goes to the other Omokoroa school and about 300 that we know of that are being developed that will be put online by the council."

Principal of Papamoa College Steve Lindsey says his school was opened in 2011 for 1050 students but it now had 1426 and did not have enough classrooms.

"Currently we have classroom spaces that are in our lobby, in our theatre. We deck it out so that it's really useful in terms of the learning and the teaching environment. Some of the spaces are quite good to teach in, but they haven't been designed especially for that."

Steve says the ministry was working with the school on further development and the plan was to expand the school so it could take 2000 students.

"We know about the numbers, we basically will increase by 100 students a year, that's what we're working to hence we've got the stage three and the stage four in terms of a campus development programme that we're working on with the ministry," he says.

If Tauranga schools are near 100% capacity, Tauranga roads must be well exceeding their capacity