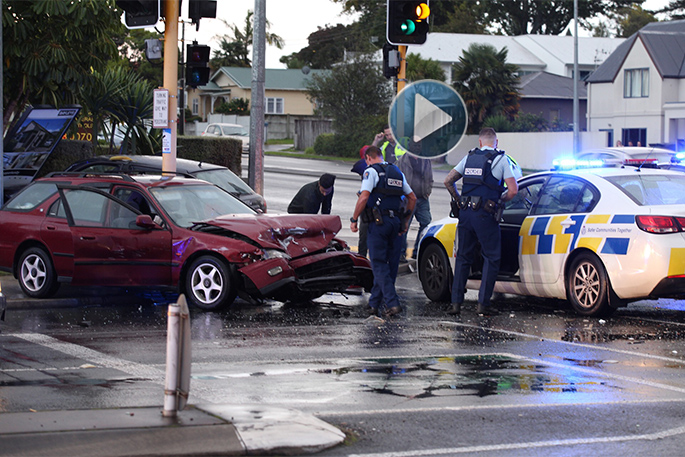 The crashed car at the corner of Fraser St and Fifteenth Ave. Photo/Video: Cameron Avery

Four people sustained minor to moderate injuries in a crash in Tauranga on Saturday night.

The crash happened at the corner of Fraser St and Fifteenth Ave following a pursuit.

NZ Police report that the incident occurred at around 6.45pm on Saturday evening, where a car that had failed to stop for Police crashed into another vehicle at the intersection of Fraser St and Fifteenth Ave.

Police had initiated a pursuit due to concerns with the manner of driving, however shortly afterwards the vehicle being followed crashed into another vehicle at low speed.

A bystander at the scene said that the red car being chased was coming up Fifteenth Ave from the direction of Grace Rd towards the Fraser St intersection and collided with another car.

"A police car was chasing it up Fifteenth Ave, and there was another police car already waiting at the intersection. Luckily no one was killed. If somebody had been standing at the lights it wouldn't have been good at all."

It's understood that five or six Police cars, a fire truck and two ambulances attended the scene of the crash.

The driver of the vehicle which failed to stop was apprehended by Police and will be referred to Youth Services. 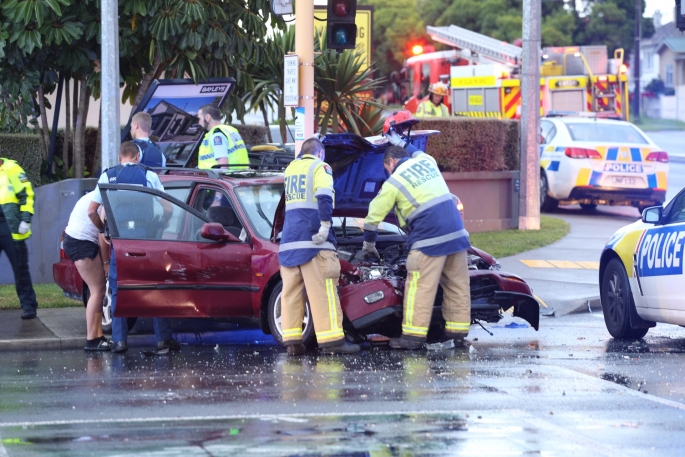