From stray to forever friend 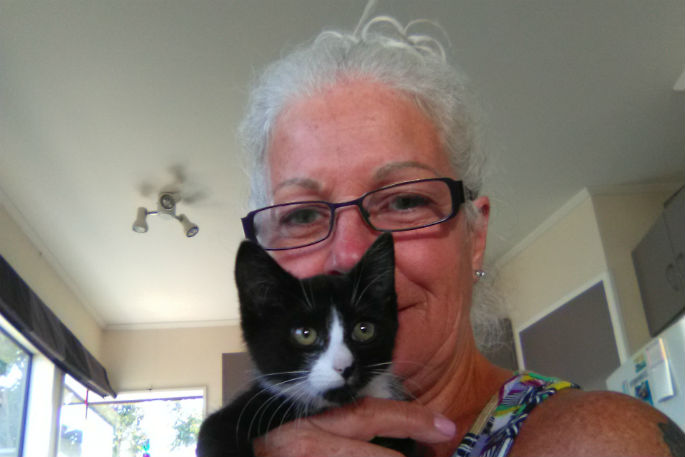 Wild Whiskers fostress Marlene Burrows with Elijah who is looking for a home.

He might have a penchant for attacking ankles, but Mr Moe is cool with plenty ‘catitude’.

Then there’s Faith, who was found abandoned and alone in a reserve. She is going to need gentleness and patience, quiet and calm, but she deserves a chance.

They’re just two of eight felines currently up for adoption by Wild Whiskers – the Tauranga charitable trust set up to rehabilitate true strays and wild kittens aged eight-weeks-old and under.

Once they are old enough, they are de-sexed and put up for adoption. Just like Summer and Laddy, a super cute pair of siblings looking for a “together-forever home”. The profile says they will reward their new owner with life-long loyalty.

If one kitten is enough, Mittens is a shy but gentle boy who could do with some love.

It seems people want the ‘littlies’ - the fluff balls – and aren’t so taken by older cats. But according to Wild Whiskers’ Sharna Asplin, taking an older cat comes with big benefits.

“They’re fully toilet trained, they’re socialised and they’re past the stage of chewing on everything and scratching up furniture,” she says.

The problem for Wild Whiskers is that people like to adopt before Christmas when they have time. “They’re off work, they’re off school and they have time to spend with the kittens,” says Sharna.

The cats are presently all in a foster home. “They’re in pairs, because we like to keep them with a buddy,” says Sharna. “In pairs they get more human interaction, which is good for them.”

For more information go to:  info@wildwhiskerstauranga.co.nz or via Wild Whiskers Facebook page.