Bacon and eggs service to Auckland 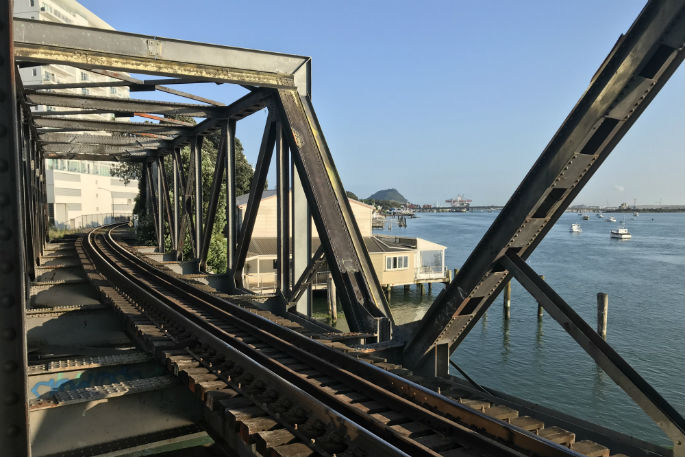 Adding a commuter service to Tauranga’s rail network would come with a few challenges.

Tauranga MP and Leader of the Opposition Simon Bridges has called a proposed passenger train route linking the Bay of Plenty to Auckland and Hamilton as “a great idea, but incredibly hard, if not impossible, to achieve anytime soon”.

The passenger rail service, which is part of a viability study led by the Bay of Plenty Regional Council, was a Labour Party election promise in 2017.

“They promised it, so are they going to get on with it this term as they said they would?” asks the National Party leader.

“I am very cynical about what they are doing. It is a study or review which is not going to go anywhere soon.”

However, as someone who travels from Tauranga to Auckland fortnightly at least, it is a concept that the 42-year-old loves.

“The idea of climbing aboard the train at 6am, having bacon and eggs, reading a newspaper and listening to a podcast or two as the world goes by – it would be great,” he says.

He suspects the reason the passenger rail service proposal has been “kicked to a study or review” is the potential billions of dollars in costs.

And while KiwiRail is not so dismissive of the idea, there are provisos. The state-owned enterprise told The Weekend Sun that they’re committed to working with partners to provide viable rail commuter services.

They also confirm there is capacity to run a passenger train between Auckland, Hamilton and Tauranga, however there would be restrictions on how fast it could operate due to the high volume of freight traffic on the line.
Upgrades would also need to be made to the line between Tauranga and Hamilton to allow passenger services to safely operate at a speed that would encourage commuters to the line.

KiwiRail says there are also some limitations to what upgrades can be made to the network’s existing infrastructure, including the Kaimai Tunnel, to enable faster speeds.

A detailed survey and engineering investigations would be needed to determine costs for this upgrade.

“That’s the point,” says Simon. “The line is not fit for purpose for commuter traffic. They’d need to make it faster, because you wouldn’t want it to take all day to get to Auckland.”

For that very reason, he suspects reality has kicked in.

“What they actually need is a new double track line so trains could pass, but that would cost millions,” he adds. “That’s before you get to widening the Kaimai Tunnel, which everyone would love. It would have an eye-watering price tag.

“But if they could get there, great!”

It is not about road or rail, says the MP, it is both. “We will need rail and a Northern Tauranga Link, because they do different things,” he says.

“Rail will never get an Omokoroa mum and daughter to ballet classes in the city.”

The 2018 Bay of Plenty Regional Land Transport Plan provides for a study to explore the potential for increased use of the rail network for passengers and freight.

A key driver for the study is the recent update to the Government Policy Statement on Land Transport, which supports existing and new inter-regional commuter rail services.

Under the statement, and given Tauranga’s rapid growth, there is the potential to explore rail and or light rail as future public transport options if they are likely to provide benefits over alternatives, such as bus rapid transit.

Totally agree,in the long run it would no doubt still be far cheaper than putting in 4 lane hyways everywhere.Only way to get people out of cars and off the roads, reduces road crashes, very expensive road upkeep etc etc.It’s a no-brainer.