Dementia ward gets a colourful upgrade 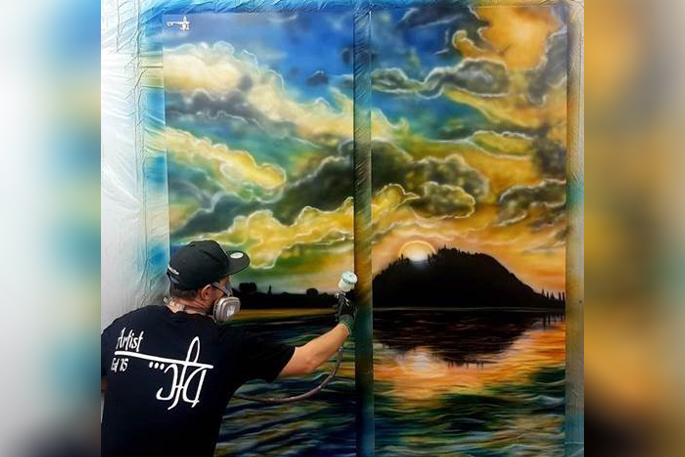 One of the new set of doors for the dementia ward. Image: Supplied.

In an attempt to try and bring back some memories for some elderly who have dementia, the Bupa Cedar Manor Care Home in Tauranga, will be getting two new sets of doors installed.

Bupa Cedar Manor Care Home manager Jane Verry says she was on Facebook one night at home when she came across local airbrush and spray paint artist ‘Ace of Sprays.

“I thought ‘I’m just going to email to see if he could give us a quote but I thought there is no way we could be able to afford it anyway’. But I thought nothing ventured, nothing gained.

“So I emailed him and the next day he got back to me and he said ‘you’ve hit a soft spot, I’ll do it for free’.

“We are paying for the paint, but all of his time and expertise and everything, he’s doing it completely out of the goodness of his heart, and it would have cost $3,000 all up.”

Jane says the she was just blown away, with what people will do for the older generation.

The dementia ward is getting two sets of doors painted. One of them is a sunset with the Mount in the background, and the other set of doors is going to be from the top of the Mount looking down with a tui flying.

“It’s going to do two things,” says Jane. “It’s just going to be a beautiful piece of art that they can sit and look at, but it will also remind them of where they are.

“And that’s why we wanted the Mount, so they will know the Mount and will remember the Mount and it might just bring back some lovely memories for them.”

The new doors for the dementia ward at the Bupa Cedar Manor Care Home will be installed on Saturday at 10am.