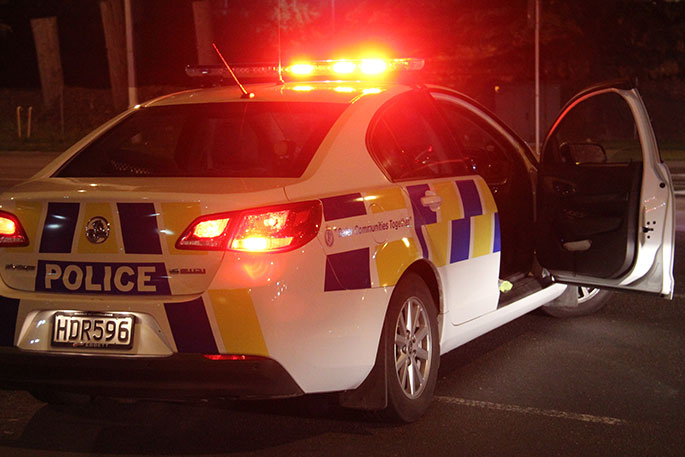 The Independent Police Conduct Authority has found that a Police officer was not justified in shooting at a stolen police car in Murupara on 17 October 2017.

The officer, working alone in Murupara, was transporting two young children home when he stopped to arrest a man believed to have been involved in a recent armed robbery.

The officer placed the man in the front seat of the police car, handcuffed with his hands in front of his body, and drove to a residential address to drop the children off.

The officer exited the vehicle with the children and left the keys in the ignition with the engine running, says a statement released by the IPCA today.

The arrested man then moved into the driver’s seat, locked the doors, and reversed out of the driveway.

The officer was carrying his glock pistol. He shouted for the man to stop and fired two shots at the police car’s tyres.

Nonetheless, the man escaped in the police car. The vehicle was found abandoned later the same evening, with the officer’s M4 rifle and ammunition still secured in the boot’s gun safe.

The man was located three weeks later and charged.

He was sentenced to terms of imprisonment for offending directly related to this incident and also earlier unrelated offending.

“This situation need never had occurred had the officer appropriately assessed the situation and mitigated any potential risk posed by the man,” says IPCA authority chair Judge Colin Doherty.

“However, he failed to remove the car keys, enabling him to escape in the police car. The Authority has determined that, at the time the shots were fired, the man did not pose an immediate risk of serious harm or death.

“The officer therefore did not have justification for firing at the vehicle.”

The Authority also found that supervision of the officer was lacking.

Police failed to recognise and address his poor decision-making and inappropriate use of force.

Following the release of this morning’s report, police say they have addressed “areas for improvement highlighted by the IPCA” after a police car was stolen in the Bay of Plenty.

They acknowledge the findings of the IPCA in relation to an officer’s response to a police car being stolen in Murupara in October 2017.

“The areas for improvement highlighted by the IPCA have been addressed with the officers involved which have included an employment investigation.

“Murupara is like a lot of other rural communities where staff work by themselves a lot of the time,” says the statement.

“The work can be quite challenging at times and due to the remote locations in a critical incident, immediate assistance is not always available.

“The decision making of the officer involved in this incident was driven by a desire to keep himself and the community safe.”

However, it’s been found that his decision to routinely carry a firearm did not follow Police policy.

All officers are able to carry a firearm after a risk assessment of the situation faced.

“We acknowledge the correct process was not followed by the officer involved or the supervising officer when deciding to routinely carry a firearm.”

All those staff involved in the process that enabled this to happen have been spoken to and the policy around carrying firearms has been reinforced with them.

The officer is now based in Rotorua.

A review was also undertaken and areas for improvement were identified.

Those areas for improvement included the understanding of some police policies by the staff involved and the initial employment investigation that followed the matter.

“The review also identified police were working closely with the community in Murupara and are grateful for their ongoing support as we work together to keep the community safe,” says Superintendent Andy McGregor

“Police in New Zealand are not routinely armed.

“We enjoy a unique relationship with the public based on high levels of trust and confidence, allowing policing by consent.”

quote.. Superintendent Andy McGregor “Police in New Zealand are not routinely armed."... EXCEPT , When no one is watching, out in the wild wild east coast?

you gotta be joking

If I was policing Murupara id have 2 guns all the time.