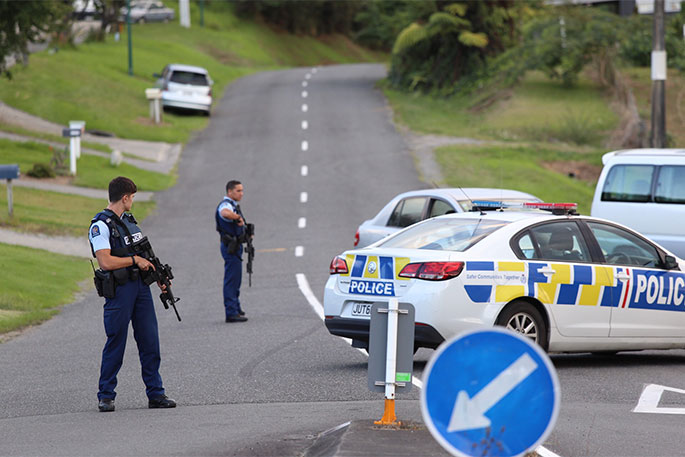 A Tauranga man is facing two charges after allegedly shooting his neighbour’s dog.

The incident unfolded on Waimapu Pa Road on Wednesday night after police received reports that a dog had been shot and killed.

A police spokesperson says they were called at 6.05pm following report of threats being made between parties known to each other.

“A dog, owned by the victim, had allegedly been shot and killed by the offender in an incident prior to police being called.

“A 68-year-old man has been charged with threatening to kill and unlicensed possession of a firearm.

“The man was arrested without incident.”