Crash on SH2, near TEL 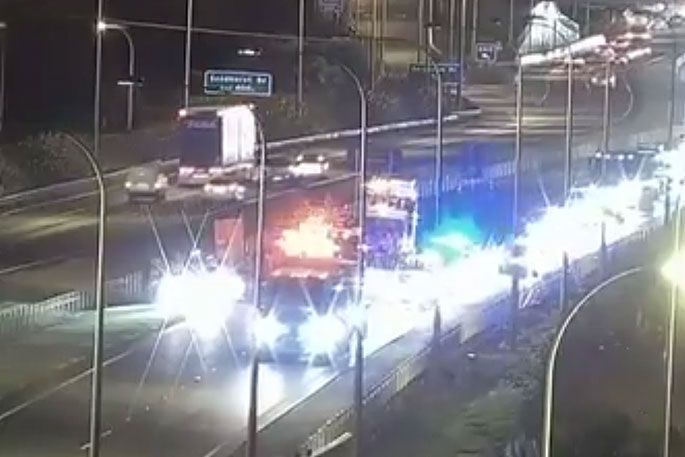 Both lanes of State Highway 2 are open this morning following a crash near the Tauranga Eastern Link.

The NZ Transport Agency is reporting a crash on State Highway 2, near Sandhurst Drive.

The crash was reported to be blocking the right lane for citybound traffic, but callers to the 0800 SUNLIVE news hotline say both lanes are now open.

"It looks like someone was taken to hospital. Police were at the scene."

A police spokesperson says they received a call to the crash just before 6.30am.

"It was a single vehicle crash. The woman driver was taken to hospital to be checked out for minor to moderate injuries.

"The lanes were reopned around 7am."

SH2 TAURANGA EASTERN LINK - CRASH - 6:50AM
A crash is blocking the right lane CITYBOUND after Sandhurst Rd on the #SH2 TEL. Merge left to pass with care & allow extra time for delays this morning. ^TP pic.twitter.com/7iHTP0oJ9o