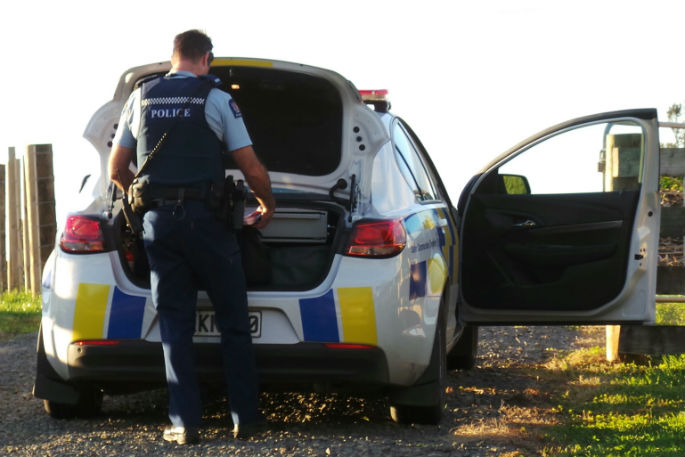 Police are investigating a firearms incident in Tokoroa from Sunday. File photo.

Enquiries are underway after an incident in Tokoroa that left a number of people injured.

Police received several reports of loud bangs at an address in Charles Street, Tokoroa, about 1.25am on Sunday.

Initial enquiries indicate a man fired a weapon toward a group of partygoers on the road, says a police spokesperson.

Two young men were in Waikato Hospital on Monday with shrapnel wounds.

Detective Sergeant Mihi Owen says it appears a group of youths were turned away from the party shortly before the incident.

"The group made threats and threw bottles toward the partygoers.

"They left the scene in a blue Mazda RX8 and a dark grey vehicle, possibly a Jeep."

Anyone with information about the incident is urged to get in touch with Tokoroa Police on (07) 885 0100.

Information can also be provided anonymously by calling Crimestoppers on 0800 555 111.