Road toll spikes in one day 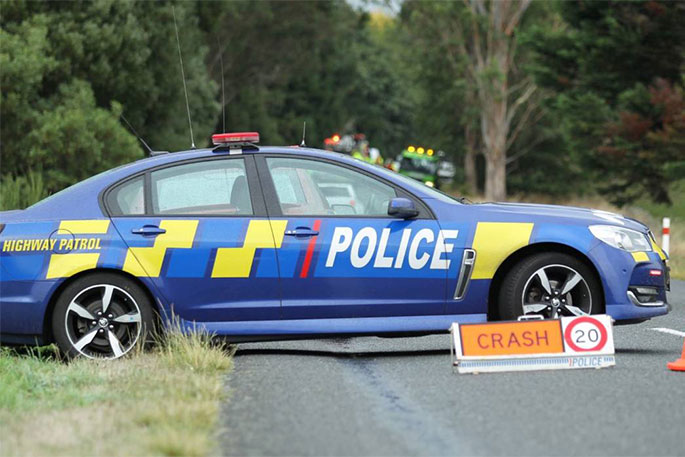 Five people were killed in a crash on Tirohanga Rd, north of Taupō, on Monday morning. LUKE KIRKEBY/STUFF

Nine people have been killed in three separate crashes in New Zealand today.

All three of the crashes happened this morning.

Police were called to a crash on Tirohanga Rd, which joins with State Highway 1 near Atiamuri, north of Taupo at 7.40am on Monday.

Five members of the same family were killed, three women and two men, after a Ford Falcon carrying six people crashed into a tree as it was travelling in a westerly direction.

An 11-year-old boy, who had been trapped inside, was freed and transferred to Waikato Hospital in a serious condition, a statement from the Waikato Westpac and Greenlea rescue helicopters said.

Speaking from the scene of the crash near Taupō, Senior Sergeant Fane Troy confirmed that the dead were all from the same family.

Ages of those killed were not yet unknown.

"Can't say for sure [how old the deceased are], but there is one younger person in there, not a child, probably in their teenage years."

He said the road conditions at the time were dry.

"What I can say is that not all the occupants in the vehicle were wearing seatbelts," Troy said.

He said it was a "traumatic" scene for all involved.

"They were part of a larger whanau. Police got the whanau involved in the removal of the deceased. We took the time for the whanau to have a karakia.

"[The bodies] have been taken through to Taupō."

He said the first people on the scene were also locals, but he did not believe anyone had witnessed the crash.

Troy urged drivers to drive to the conditions after a "horror weekend" on roads throughout New Zealand.

"We encourage all drivers on rural roads to drive to the conditions. Just because the speed limit says 100kmh it does not mean it is a safe speed to travel.

"Our hearts go out to the families though, they are the ones this is going to hurt the most," he said.

He said the road should be reopened at about 1pm. He made mentioned of a separate incident involving a police vehicle nearby.

"It was at the crash scene, but it is nothing to do with the crash itself."

Troy would not go into too much detail about the second incident except to say it was to do with a "volatile" situation they were involved in.

However, it was not a police case, he said.

"It was a stationary police vehicle that has been struck by another vehicle." No-one was injured.

Three people died and another is critically injured following a two-car crash near Ashburton.

Emergency services were called to the crash at the intersection of Mitcham Rd and Hepburns Rd, north of Ashburton, just after 10am on Monday.

A police spokesman said two children and an adult had died in the crash.

He said initial reports suggested they were all travelling in the same car.

The roads around the crash site were closed while emergency services worked at the scene.

"Motorists are asked to take alternative routes where possible," a police spokeswoman said.

St John spokesman Gerard Campbell said two ambulances and a rescue helicopter from Christchurch had been sent to the scene.

A man died after his car went into water near Auckland Airport.

A police spokeswoman said police received a report about 1.15am on Monday of a vehicle going into the water at the intersection of Tom Pearce Dr and Puhinui Rd.

The man had been in a critical condition in Middlemore Hospital, but had since died, police confirmed just after midday.

"Police would like to acknowledge the members of the public who were first on the scene and put aside their personal safety to try and assist the man."

An Auckland Airport spokesman said the crash did not involve any of its staff.

The crash was being investigated by the Counties Manukau Serious Crash Unit.