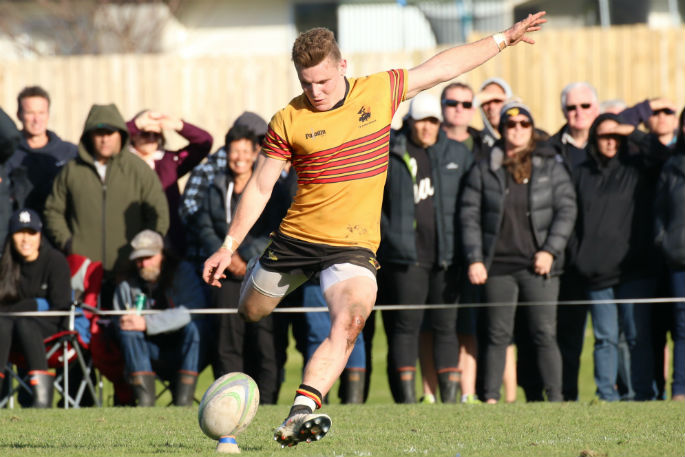 Te Puke off to a great start. Photo: File

Te Puke Sports have at least one thing in common with the Crusaders Super Rugby team.

In the past they have both been notoriously slow starters to every new rugby season, building gradually and systematically to peak when it matters the most come finals time.

But something weird has happened to that theory in 2019.

The Crusaders started the first five games like everyone else is playing for second - until last weekend’s loss to the Waratahs at the Sydney Cricket Ground when the players could be excused for having their minds on other, more important matters.

Te Puke Sports had the toughest draw in the opening round of the Farmlands Baywide Premier club rugby competition played last Saturday, with a trip to Te Puna.

The two clubs played out a pulsating and memorable final last year, won 27-13 by Te Puke on their home ground, so another tight, close contest was expected.

If betting was available, I would have put a small wager on the home team after their excellent pre-season form and home advantage.

But the visiting Pirates quickly went ‘bang, bang’ to score two quick tries, and they never looked like being overtaken. Te Puna’s fine coach and former great playing stalwart Aidan Kuka admitted afterwards that the game was all over at half-time, with his team trailing 18-3.

Perhaps the biggest surprise was how the score blew out to 41-15 at the end.

But neither Aidan or Te Puke’s player/coach Matt Wallis will be getting too excited about the result. The focus in the first round is solely to make the top eight championship round, with four of the 12 sides missing out.

Rangiuru made the best start of the promoted teams from last year’s Premier 2 competition. The Tanerau Latimer-coached side drew 22-22 with Greerton Marist to pick up two precious points, and travel away to Rangataua on Saturday.

If they can pick up points there, they will stand a definite chance to make the eight with a run of home games to come at their fortress-like home at Centennial Park.

Another of the promoted Premier 2 teams, Arataki, came so close to knocking over Tauranga Sports last weekend, and will fancy their chances at home against Greerton Marist.

Mount Maunganui Sports host Te Puna at Blake Park, with Te Puke Sports hosting Tauranga Sports in the latest version of one of the Bay’s most competitive rivalries.

With all the Western Bay teams drawn against each other on Saturday, there is plenty of top class action at a park near you. All Premier games kick off at 2.45pm.

Let’s not forget our other Western Bay teams, Judea and Papamoa, who unfortunately got off to less than ideal starts in the Baywide Division 1 grade.

Judea lost narrowly 15-12 to Paroa, while Papamoa went down 37-21 away to Whakatane Marist. This weekend, Papamoa host Ruatoki at Gordon Spratt Reserve with Judea away to Murupara.

There’s one clear message please, to all sideline supporters – please think before you start hurling abuse at the referee.

No matter what winter code you are watching, the referee is an unpaid volunteer doing his or her absolute best in all weathers.

Without them, we would not have a game.