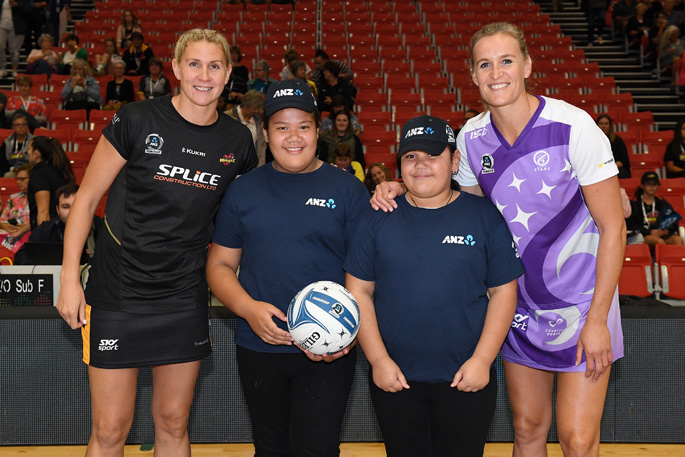 All eyes were on two young Tauranga netball fans as they met their Magic and Stars heroes on centre court at Wednesday’s ANZ Premiership match.

Eleven-year-old Taya Kioa and ten-year-old Alilia Kioa won the opportunity through the ANZ Future Captains competition to meet Casey Kopua and Leane de Bruin and lead the teams out onto centre court at the start of the match and live on SKY Sport.

“I really liked getting to say hi to the players, it was such a buzz!” says Taya.

“It was so cool having my photo taken with the captains. I got to meet my favourite player Leana de Bruin and it was like Christmas day!” says Alilia.

ANZ Head of Sponsorship Sue McGregor says ANZ is committed to its support for netballers in New Zealand, whether it’s at the grassroots level or right up to the professional athletes representing our very best, playing in the ANZ Premiership.

“That’s why we’re giving 94 kiwi children around New Zealand the chance to be part of the ANZ Premiership and meet their netball heroes as an ANZ Future Captain.

“We are thrilled to be able to offer this incredible opportunity to aspiring young netballers, and hope that by giving them the chance to stand on centre court with their heroes they will be inspired to keep their training up and put in 110 percent at their own games.”

ANZ is continuing to provide support to netballers and fans all over the country, ANZ knows that everyone needs a little support to achieve their goals. So whether it’s a leg-up with new gear, coaching tips from your heroes or support to help your clubs aspirations, having ANZ on your team could make a huge difference.

Applications are now open at anzcourtside.co.nz. 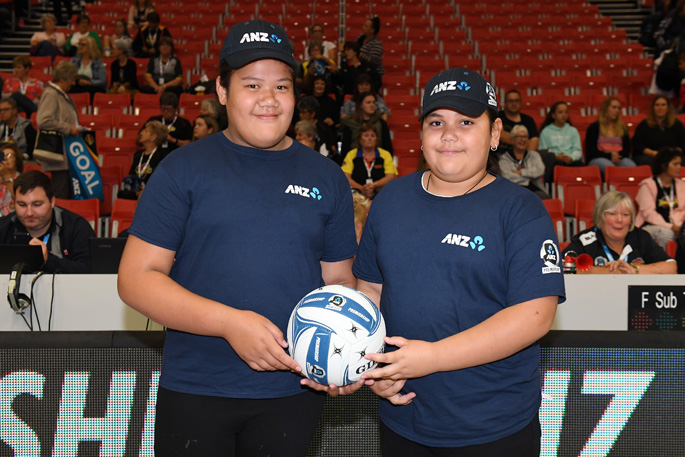